London Editions are perhaps best known as publishers of comics that tied in with particular brands. I've looked (here) at some of their comics (Count Duckula; Centurions; Dreamstone).


The Bradshaws...an' all that isn't a TV tie-in comic, in fact it's all ne w material based on The Bradshaws - which has its own website here where you can buy associated merchandise (but not this comic it must be said).

Wikipedia has this to say on the subject of The Bradshaws


The Bradshaws is a fictional family created and voiced by the comedian and musician Buzz Hawkins. The family was created for The Gary Davies Show with Gary Davies on Piccadilly Radio in 1983 when Hawkins wrote a poem about a family's day trip to Blackpool. This soon developed into a series. In 1986, Hawkins was made producer of The Phil Wood Show, on which he performed more Bradshaws material.
Hawkins would go on to sell cassettes of his Bradshaws episodes, which he still does to this day, as well as doing stand-up, acting and more. The Bradshaws series has been re-released as a 25 volume C.D. collection. The series has gained great popularity in the North and abroad. It has been said that some people still ask who the voice actors are even though all the characters are voiced by Hawkins.
Those involved are:
Editor - Mike Butcher
Scripts - Buzz hawkins
Artwork - John Geering
Design - Rob Sharp

Anyway, without further ado here it is - covers and first page of all the stories

The Bradshaws an all that comic issue 1, London editions 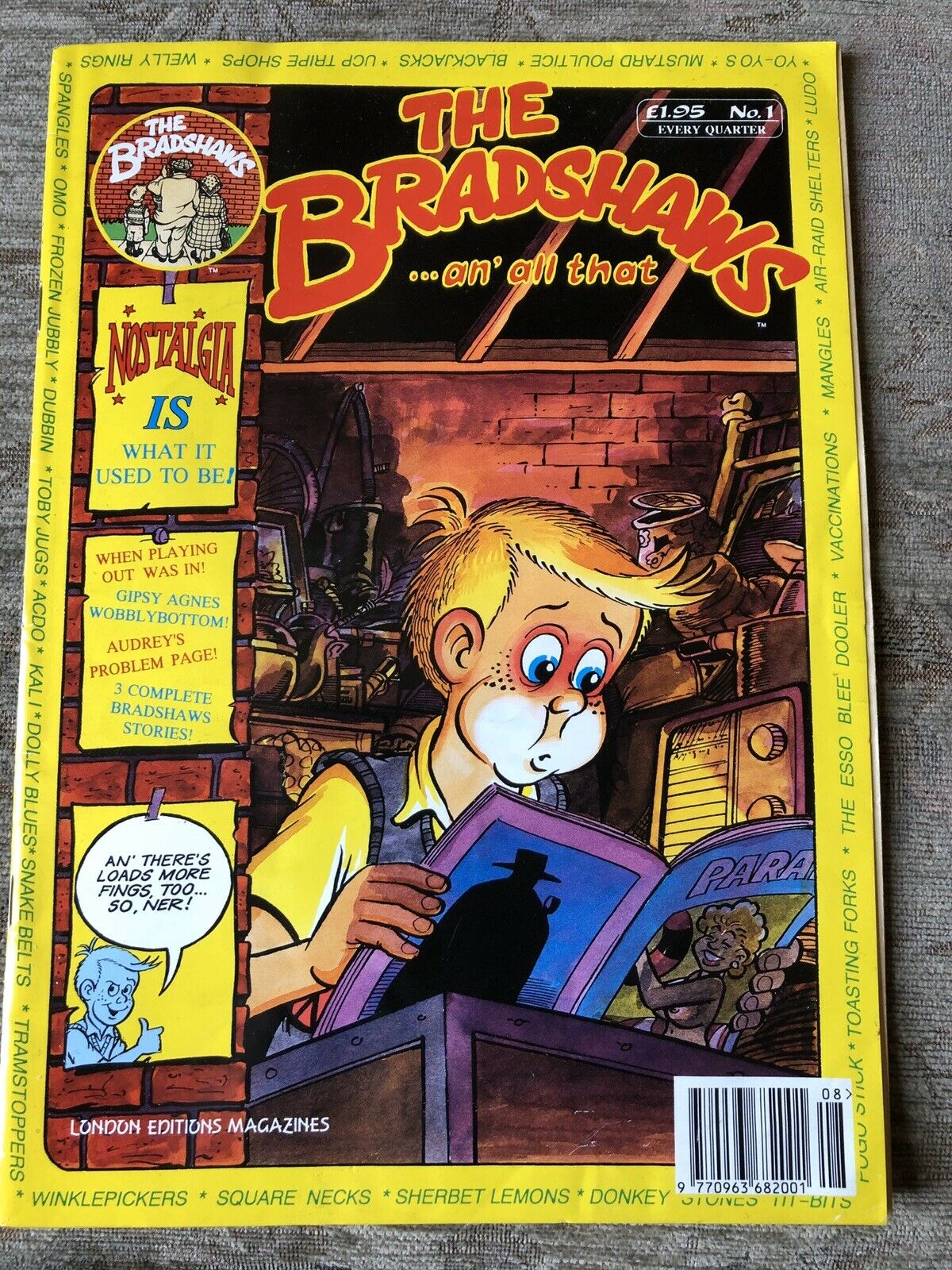 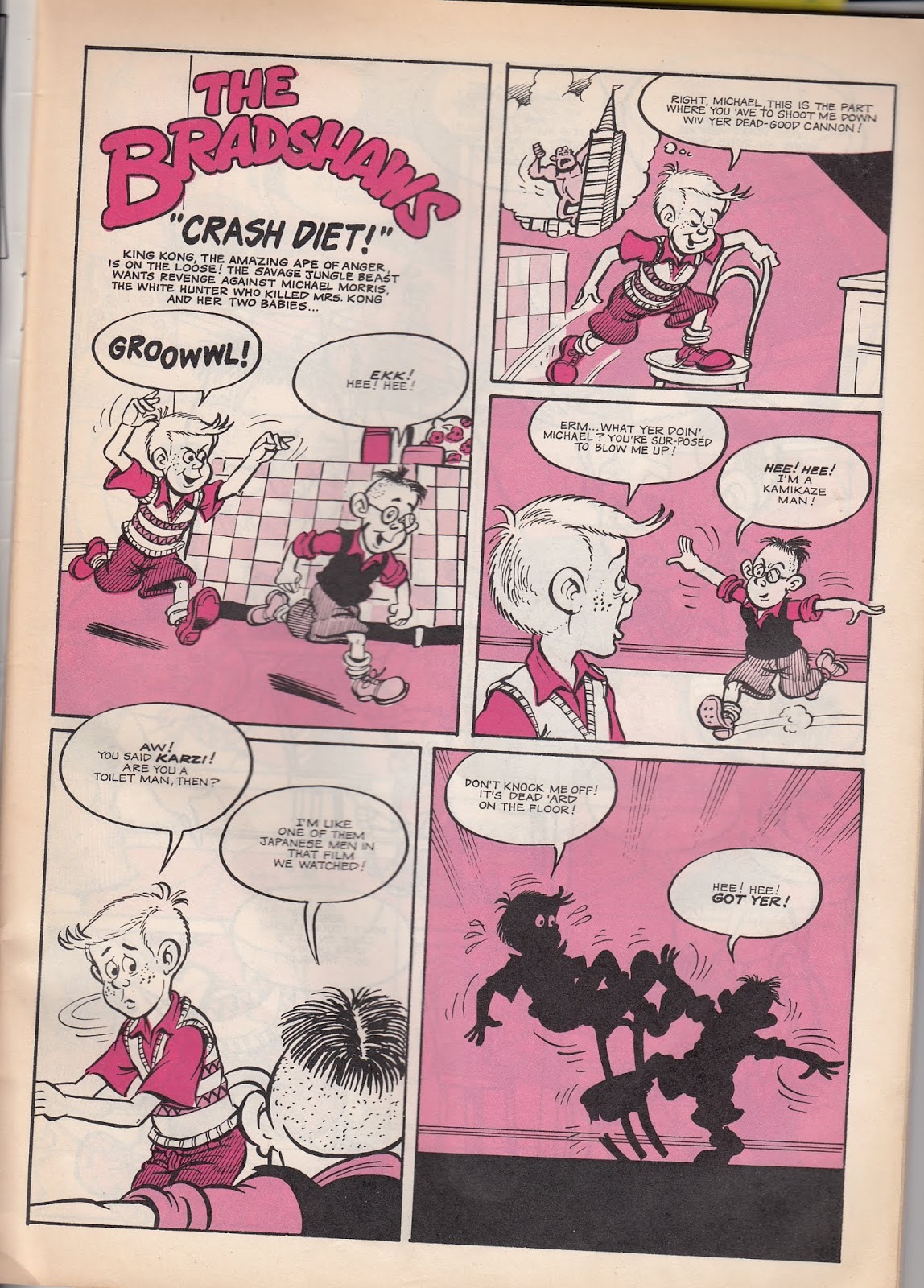 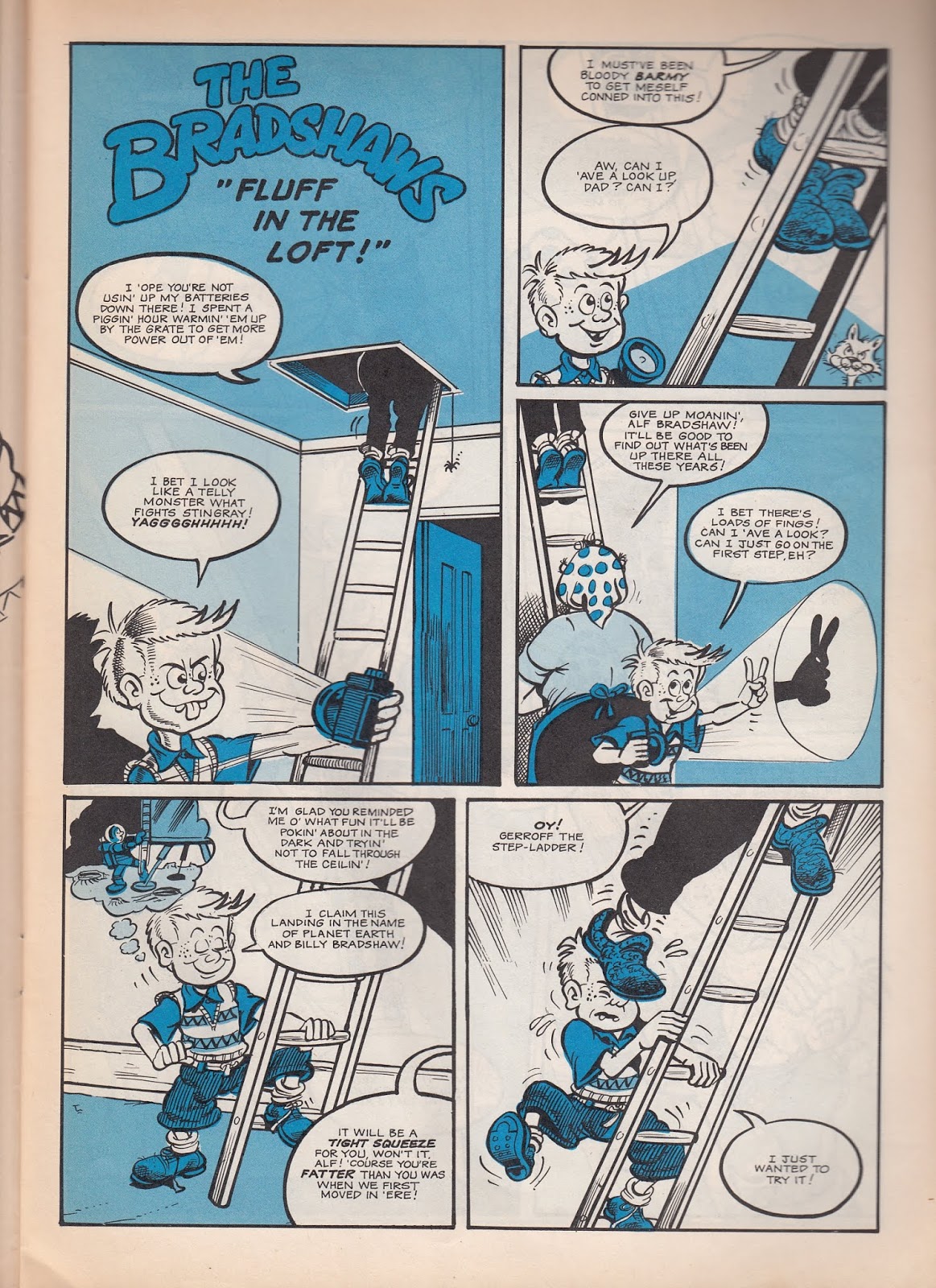 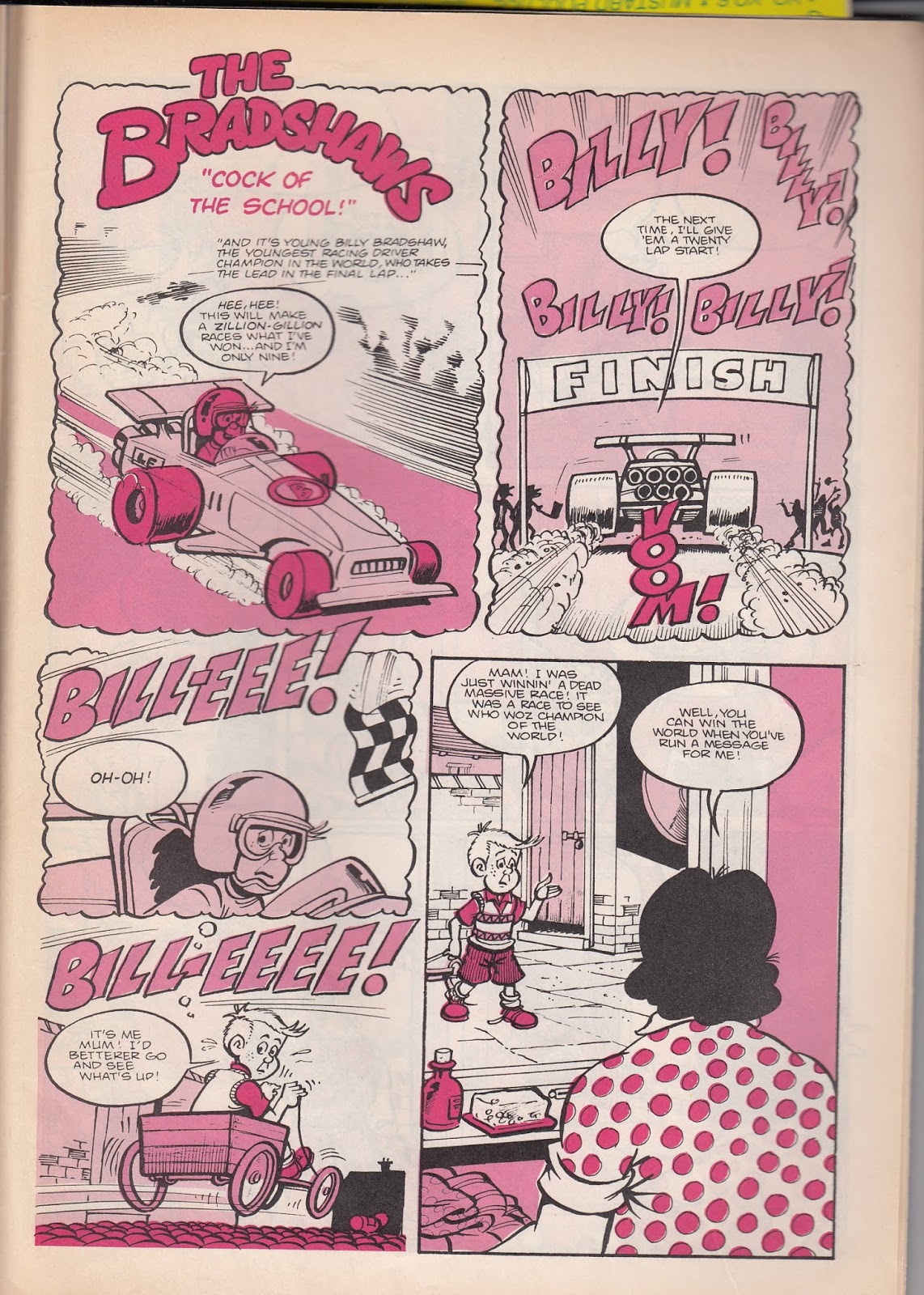 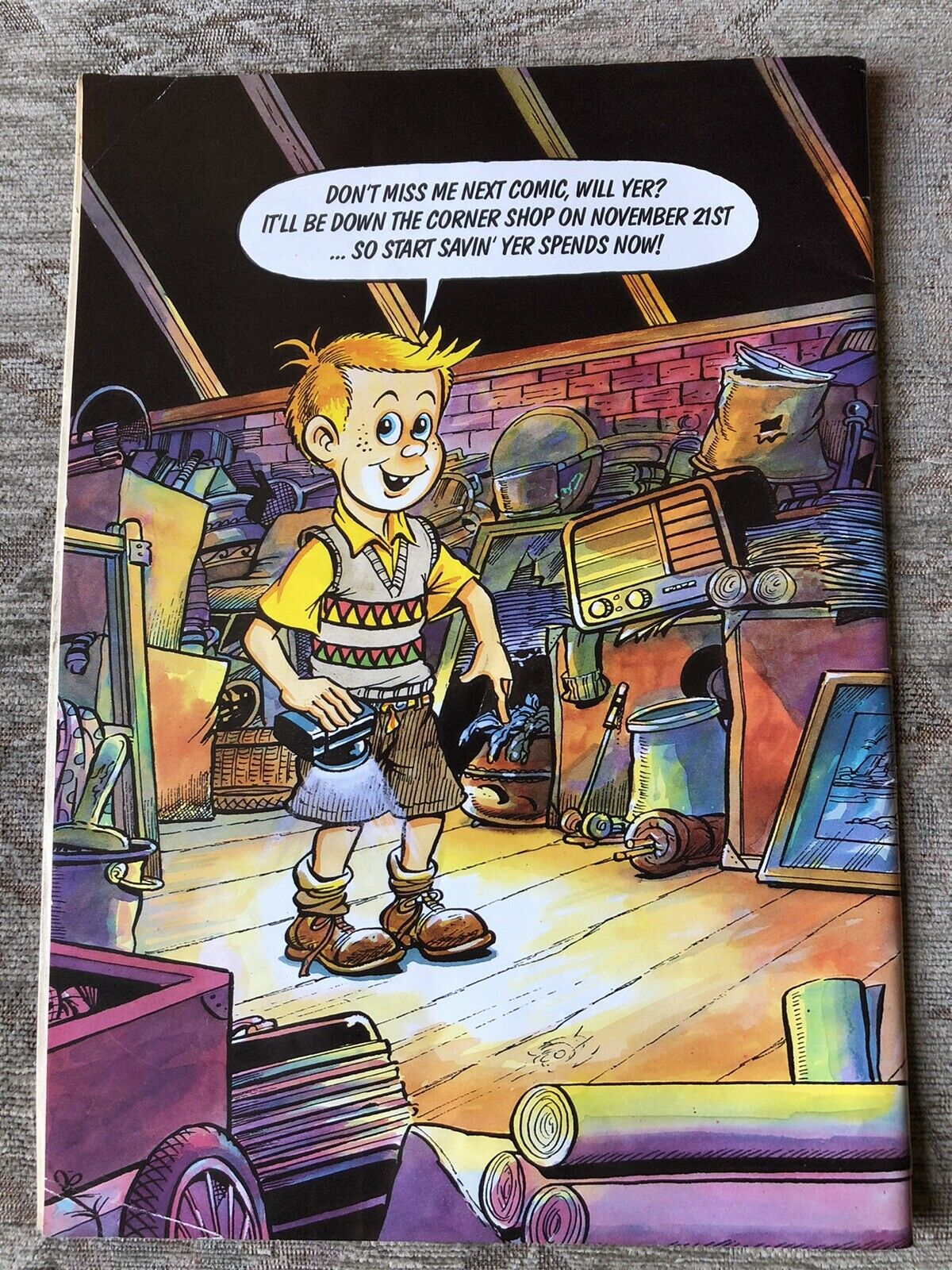 Bian M Clarke commented on the Facebook post that he and Mike Butcher wrote the scrips. Each of the storied was based on an audio episode.
Posted by Richard Sheaf at 06:00

Email ThisBlogThis!Share to TwitterShare to FacebookShare to Pinterest
Labels: Brian M Clarke, John Geering, London Editions, Mike Butcher, The Bradshaws an' all that