Currently available here on the Treasury of British Comics website is the hardback edition of The rise and fall of the Trigan empire volume 1. 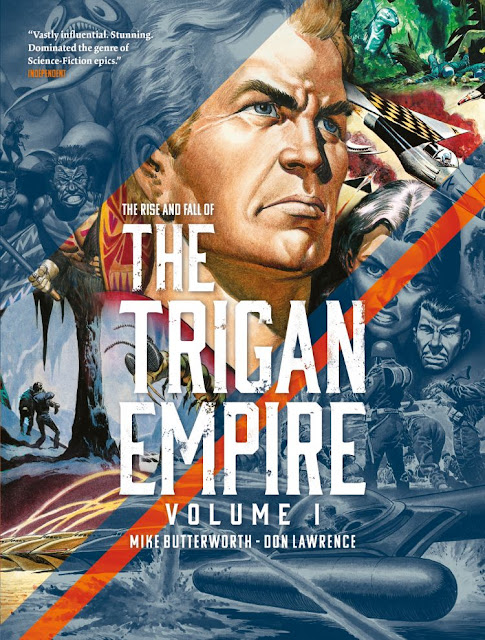 This 304 page hardcover features an introduction by Liam Sharp (The Green Lantern) and contains the following stories-Victory for the Trigans-Crash in the Jungle-The Falling Moon-The Invaders from Gallas-The Land of No Return-Revolt of the Lokans-War with Hericon-Revolution in Zabriz-The Lokan Invasion-The Revenge of Darak-The Alien Invasion-The Reign of Thara-The Invasion of Bolus
Featuring stunning artwork taken from crisp scans of Don Lawrence original artwork, this first volume includes a touching introduction from Liam Sharp (Green Lantern), who – along with Judge Dredd artist Chris Weston – was mentored by Lawrence early in his career.
Co-created by Mike Butterworth and Don Lawrence, The Rise and Fall of the Trigan Empire has been named as a major influence by the likes of writer Neil Gaiman (Sandman), artist Dave Gibbons (Watchmen) and Brian Bolland (Judge Dredd), amongst many others. This special hardcover edition perfectly showcases the remarkable talent of Lawrence, who is rightfully regarded as one of the finest artists in British comics history.
Originally published in the anthology titles Ranger from the first issue in September 1965, and Look and Learn from June 1966 until April 1982, the series told the story of an alien empire on the planet Elekton that was heavily influenced by history, particularly Roman. Created by Mike Butterworth, who died in 1986, and artist Don Lawrence, who died in 2004, the series’ mix of political intrigue and Lawrence’s lush painted artwork won a host of fans worldwide, and proved to be highly influential, inspiring a generation of comic book creators with its depth and beauty.
Don, who started out as a comics creator in the Gower Street Studios in London, first working on Marvelman before moving on to Karl the Viking for Lion. Other artists who worked on the strip include Ron Embleton, Miguel Quesada, Philip Corke, Oliver Frey and Gerry Wood.
Although the strip has seen only limited English-language release it remains one of the most popular comic series in Holland and Germany, with over two million albums sold.
Orders are only being taken for the hardback on their website up until 4th December. 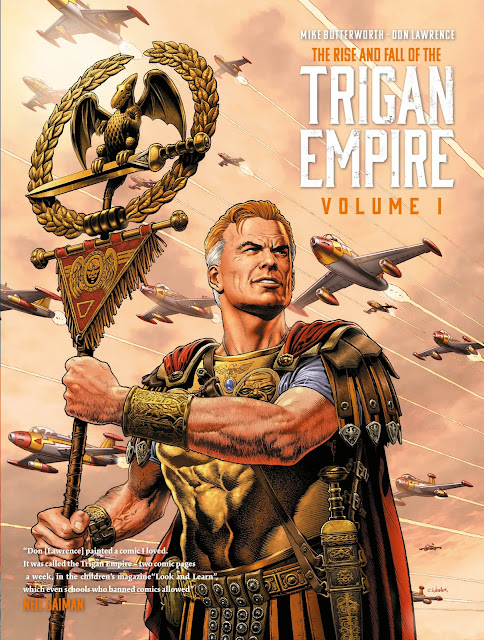