I've looked at African comics before - mainly Powerman (here) and Pop (here) but Orbit isn't a title I was familiar with. A seller in Cornwall has been selling off a number of issues on ebay recently so all these images are from them. Part 2 of the cover gallery tomorrow.

Alerted to its existence by Phil Rushton (on the excellent Mighty world of British comics facebook group) a quick Google reveals one Zambian recalling...
However implausible it may have been, the Zambian space programme certainly inspired the youth of the time. The monthly Orbit magazine, a mixture of science & cartoons, with first class artwork and production, was very popular after its 1971 launch with great, fantastical stories

A quick Google search has brought up the following cover images - so there were at least 17 issues (so it lasted at least 17 months).

There's speculation that the cover artist from issue 2 onwards is Martin Asbury but with only scans to go on it's hard to be sure. I'd certainly agree with the '...first class artwork and production' comment - it looks like a high quality magazine. 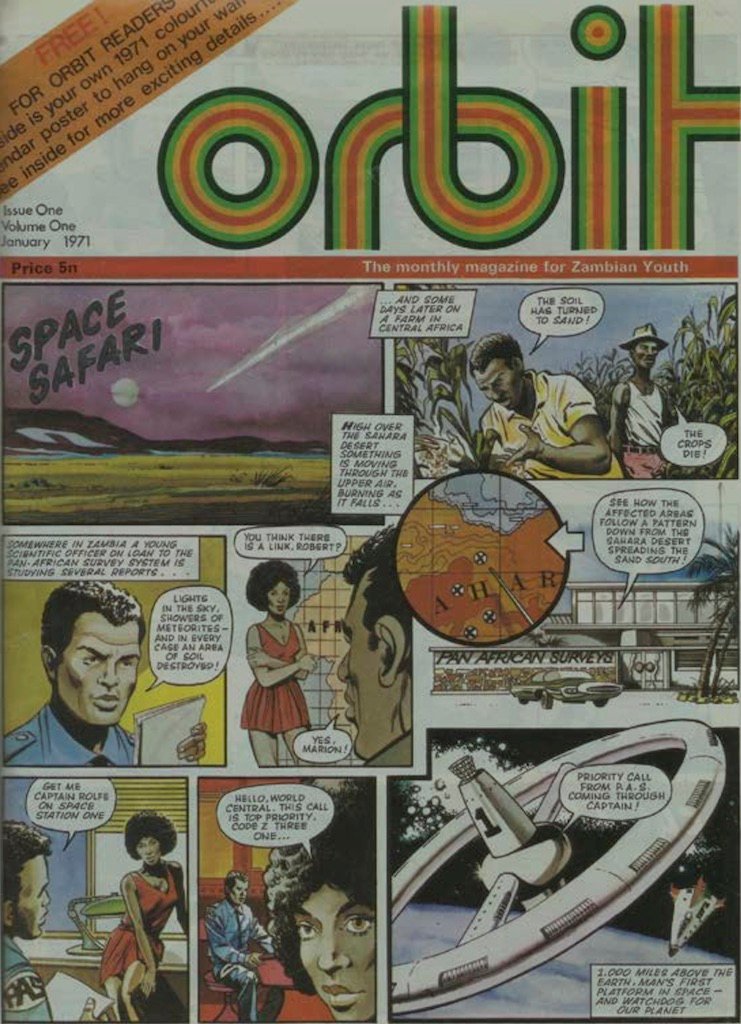 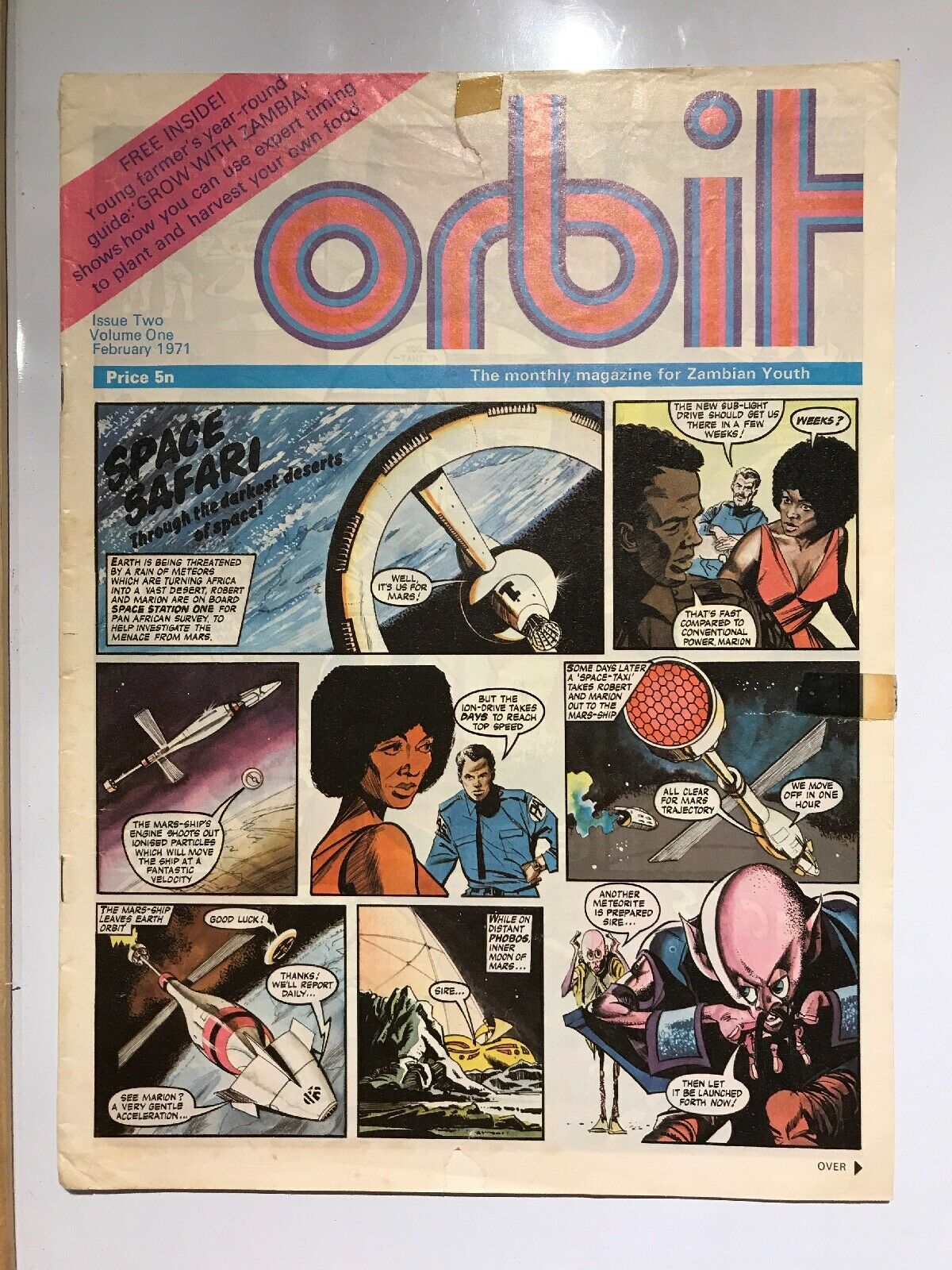 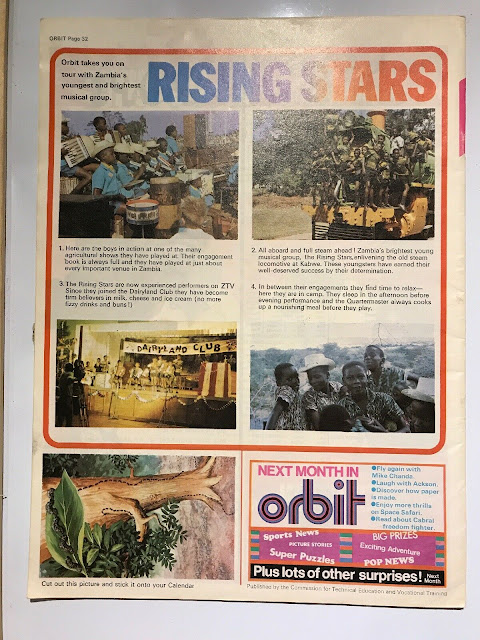 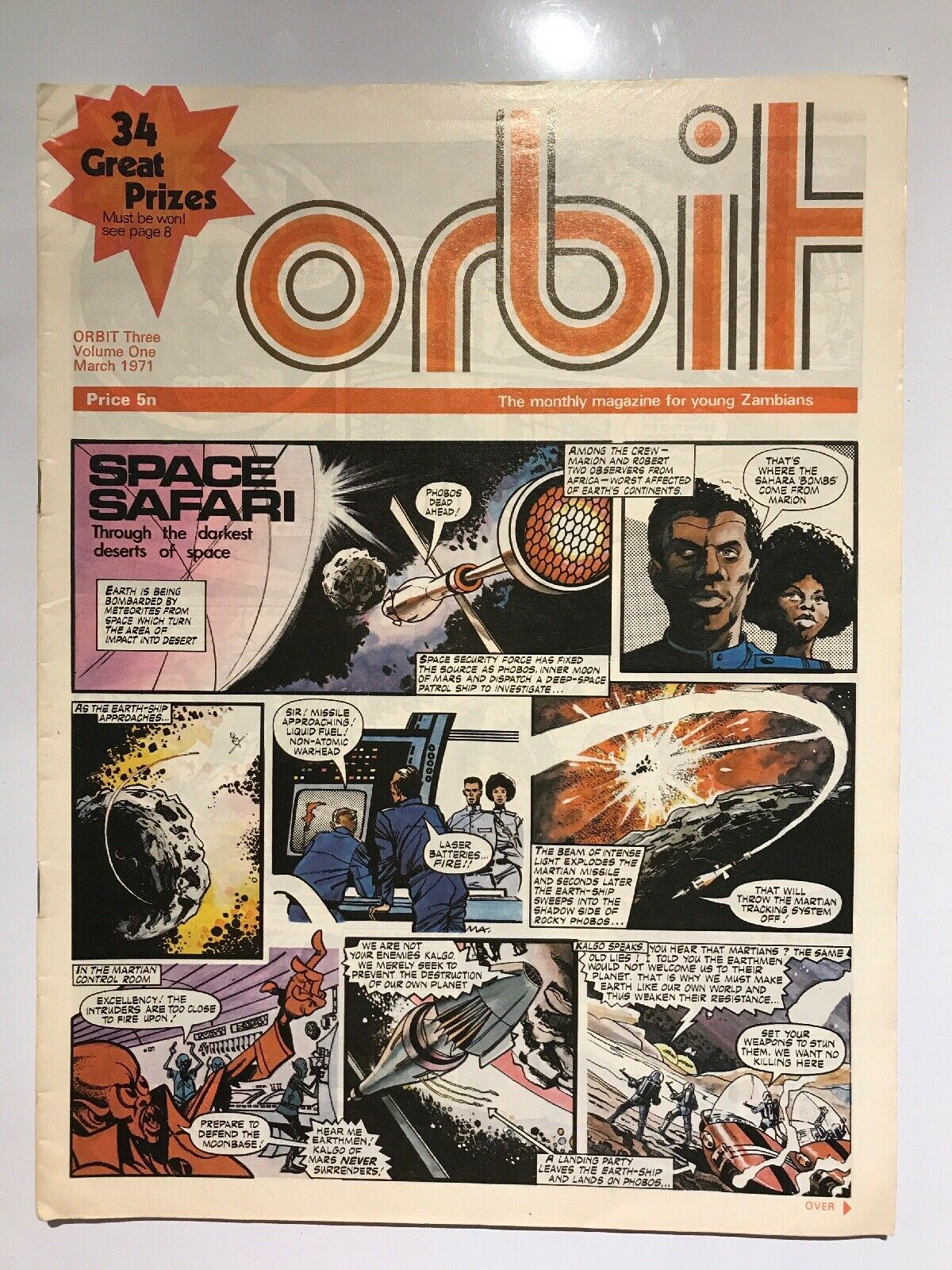 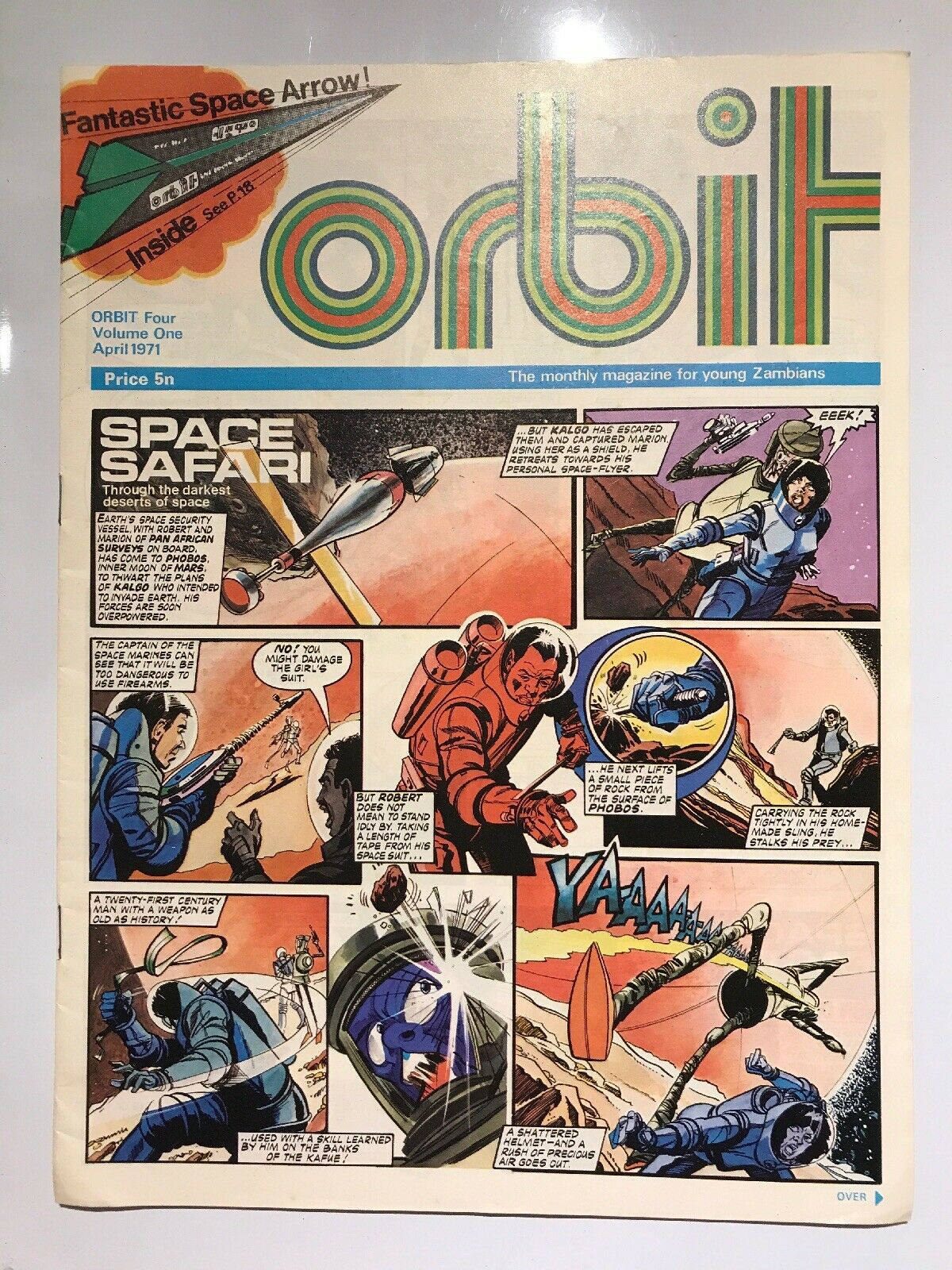 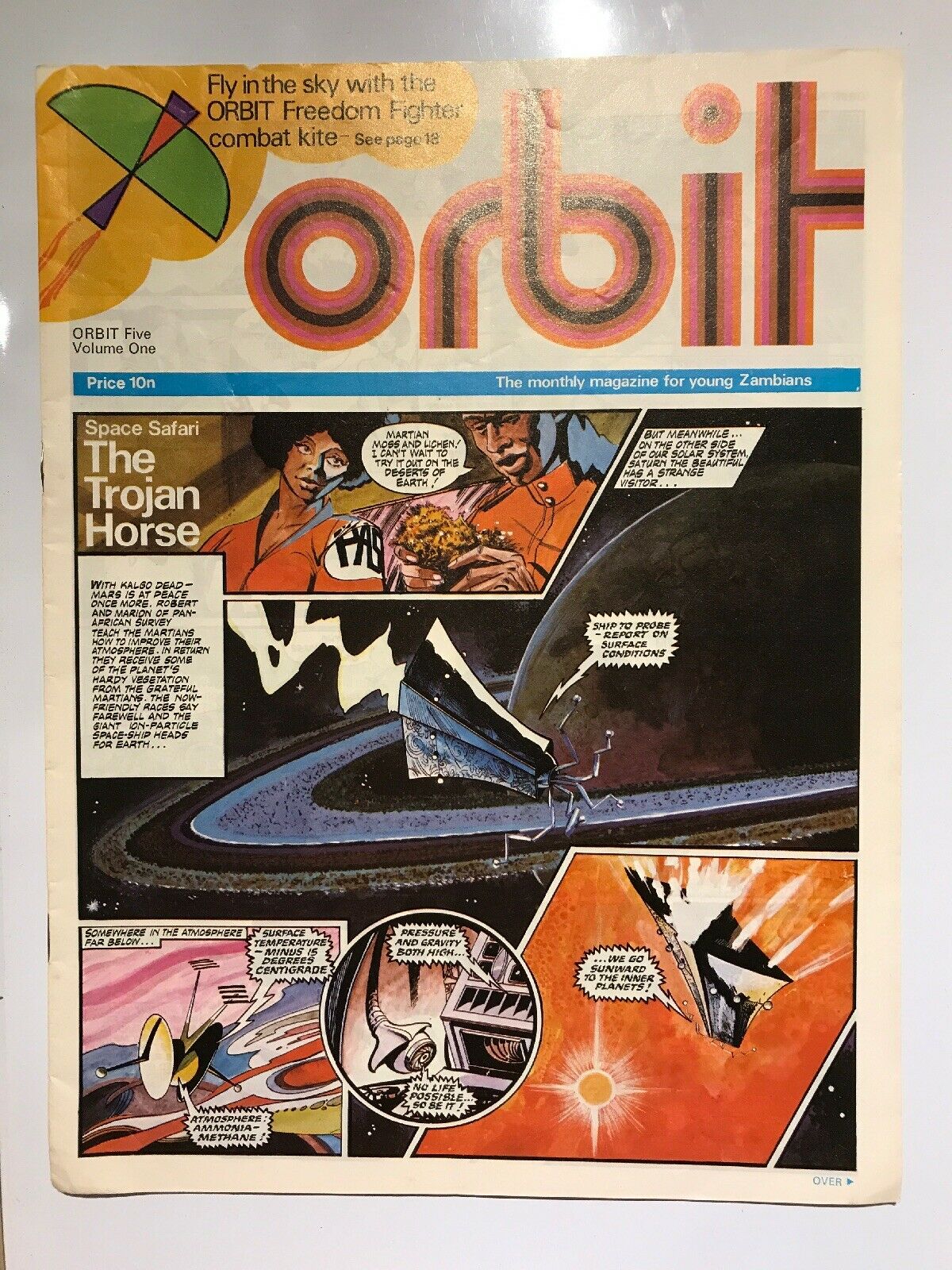 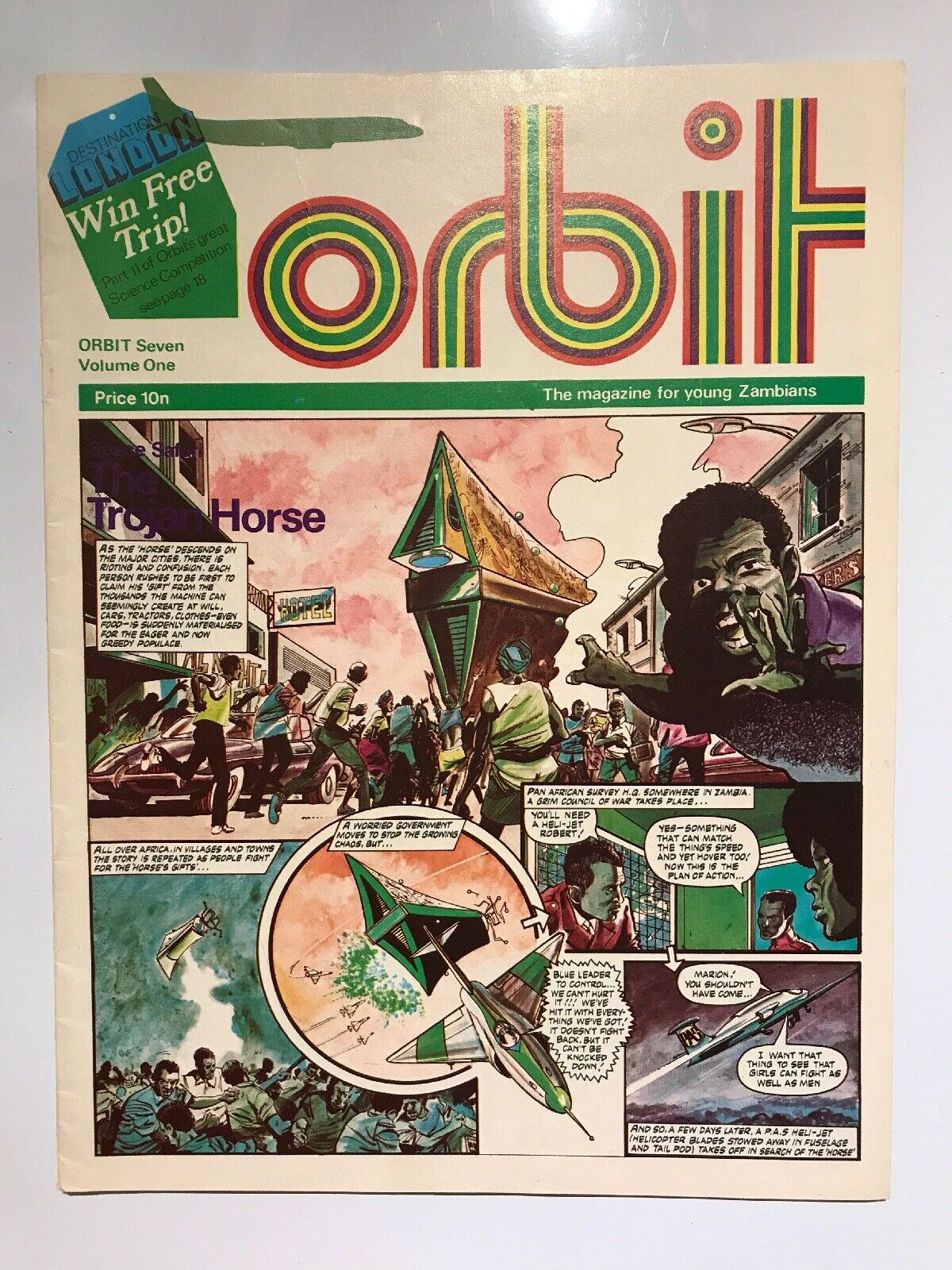 Email ThisBlogThis!Share to TwitterShare to FacebookShare to Pinterest
Labels: Orbit