From December 1994 here we have issue 3 of Fleetway Editions Transformers Generation 2.
Here's the cover... 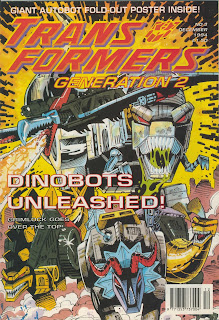 as it had been advertised in issue 2 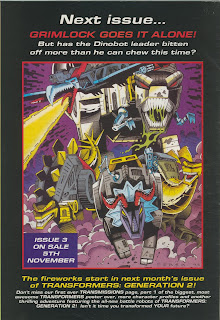 The US edition from which it is taken 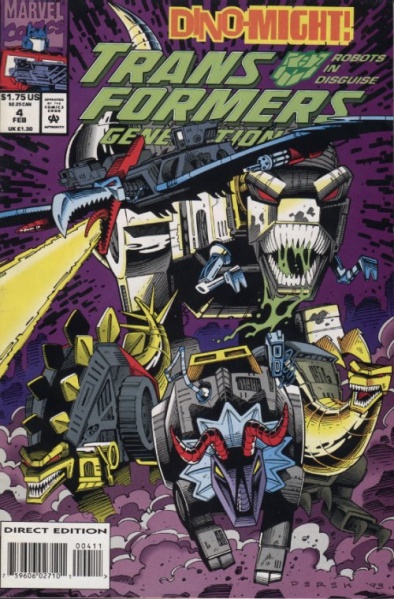 This useful like
http://tfwiki.net/wiki/Devices_and_Desires!_(Marvel)
points out that the cover is by Derek Yangier and that the material has been reprinted from the (US) comic above. Story is called "Device and desires!" - script by Simon Furman, pencils by Manny Galan, inks by Jim Amash & Marie Severin; letterings by Starkings (with Gaushell), colouring by Sarra Mossoff, editor is Rob Tokar and Tom DeFalco is editor in chief.
Posted by Richard Sheaf at 06:00