A recent acquisition for me is the 'Pete Revell - Venturer' comic... 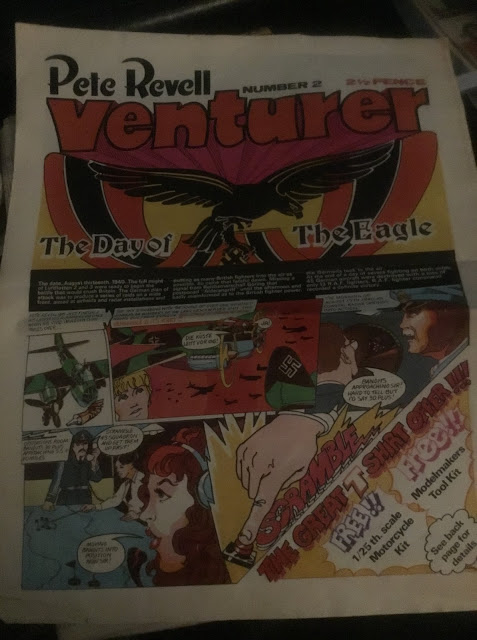 There's no date on this comic, but it's clearly been done after the decimalisation has taken place (15th February 1971), so I set off for a Google to see what I could find out about it (as it's not listed in an comics reference books that I own) 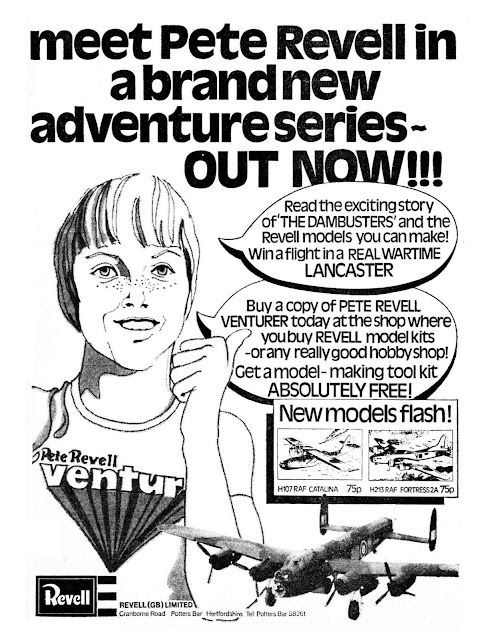 So, unsurprisingly, it's a merchandising comic tie-in with the Revell toy line.
So this looks like an advert for issue 1 of 'Pete Revell- Venturer' 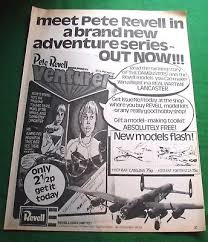 Friend of the blog Jeremy Briggs has sent the next advert to me along with the following notes... 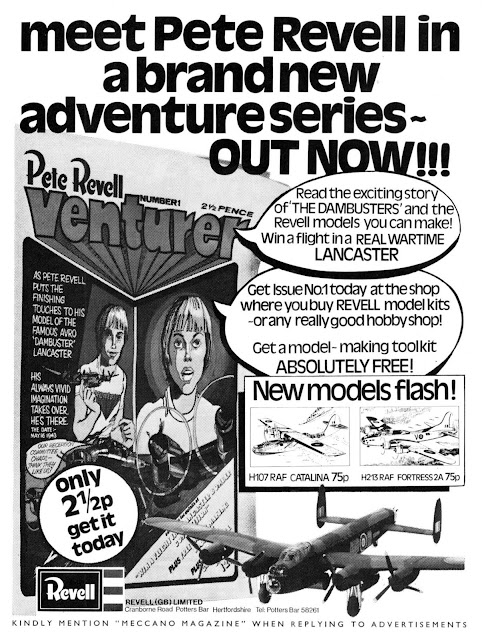 finally found a dated advert for Pete Revell Venturer issue 1 - Meccano Magazine dated April 1972 which would have been on sale in March. That would make it a quarterly if it had continued.

Jeremy Briggs has also sent the next advert to me along with the following notes...

I had a run through the few 1972 issues of comics and Look & Learn that I have for Pete Revell ads and came up with the attached from Lion & Thunder dated 2 June 1972. So that gives us a date for the second issue of the comic and it would suggest that it was available in model shops rather than newsagents. I also like the fact that it literally points out the price.
The Look & Learn issue I have before that is from October 1971 and has a Revell advert that does not mention Pete Revell so issue 1 being in 1972 certainly ties into that. 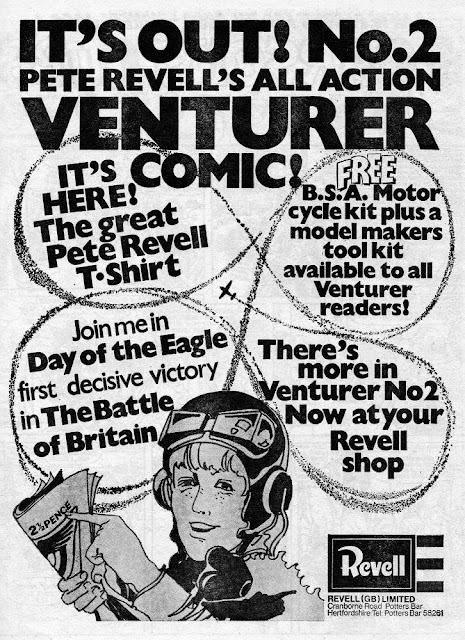 The GCD has this down as only lasting 2 issues. Issue 1 is above and issue 2 below. 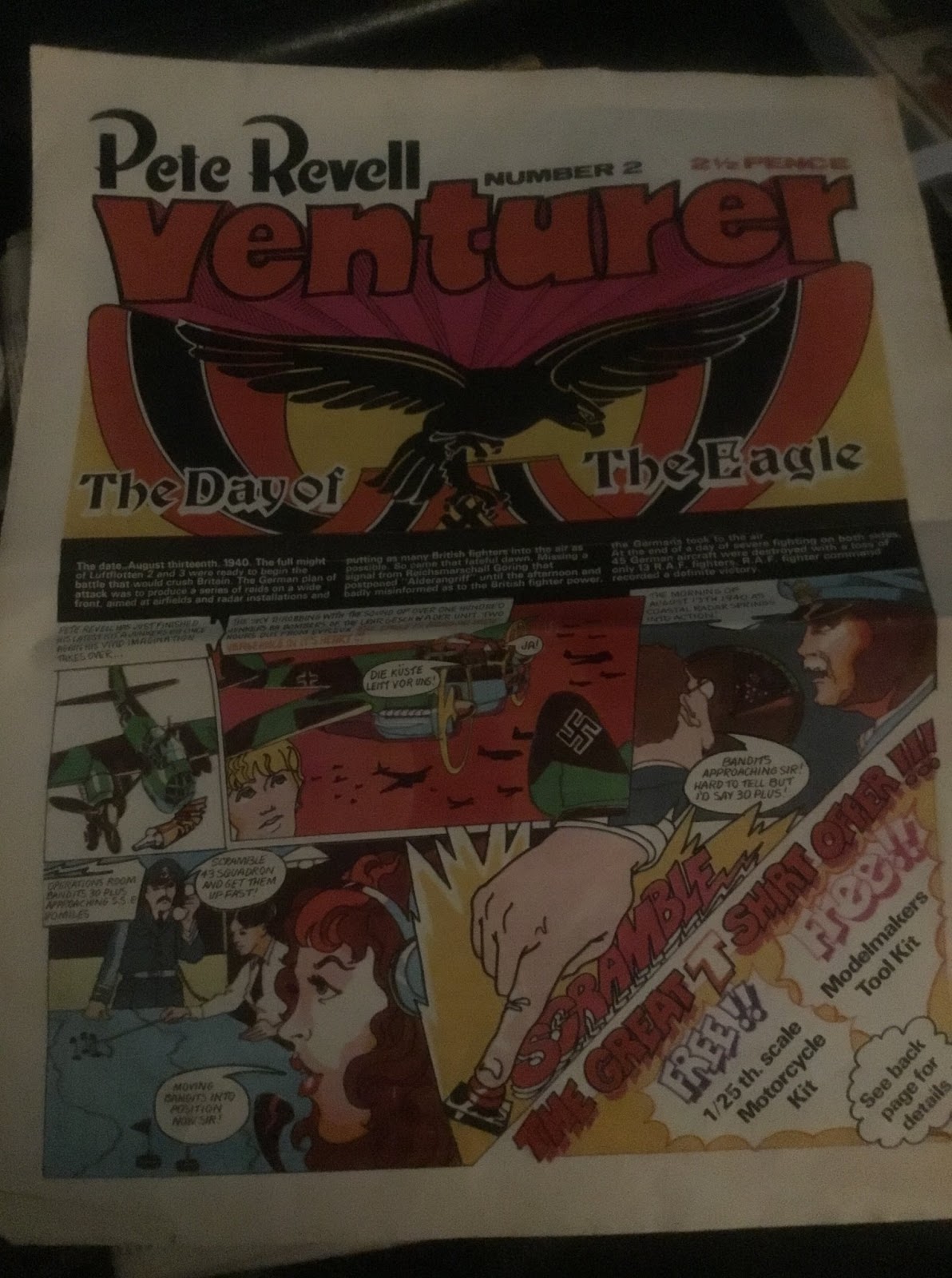 It's a big thing, nearly A3 sized - 8 pages long and I don't know the artist. Here's the advert from the back page for the Pete Revell Venturer t-shirt 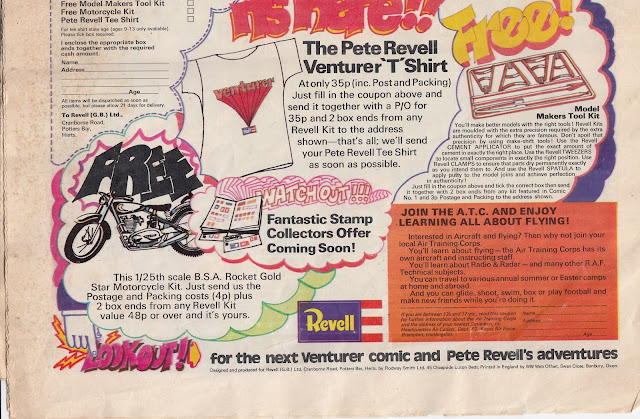 So, a fun thing and worth tracking down (if you can!) - I'll be looking out for issue 1 - even though I don't hold out much hope for the art being better than what's in issue 2.
Posted by Richard Sheaf at 06:00