Robin comic was one of the companion titles to the original Eagle comic (along with Girl and Swift) - Robin was aimed at the youngest demographic of the 4 titles. I don't collect Robin material but I thought I should try and record what sort of spin-off ephemera, games etc. exist for Robin.

The main problem with this is that is you google "Robin comic merchandise" you get an awful lot of stuff relating to Batman's young assistant, grrr.

As ever new items are highlighted in red text

Friend of the blog Gary Maguire has been in touch to offer up this lovely photo... 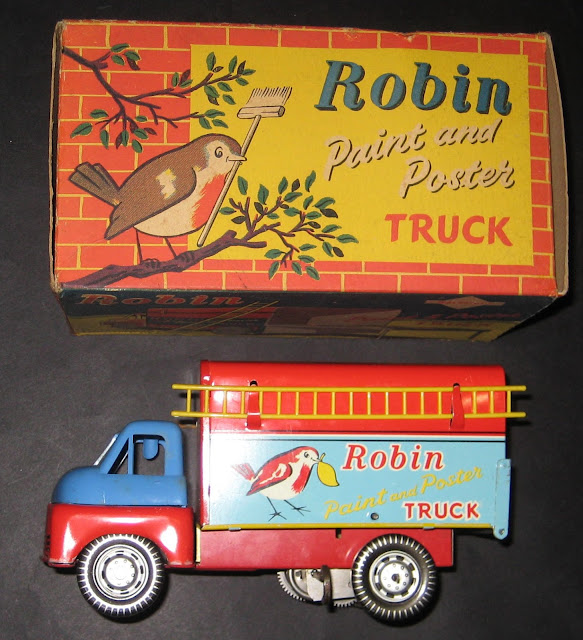 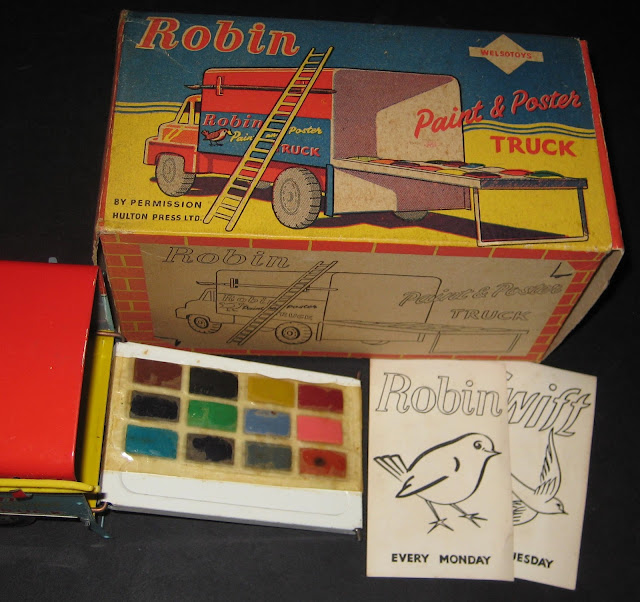 He notes...The truck is the only I have seen with unused paint tray (still has cover on) and more importantly the two unpainted posters and correct ladder and brush 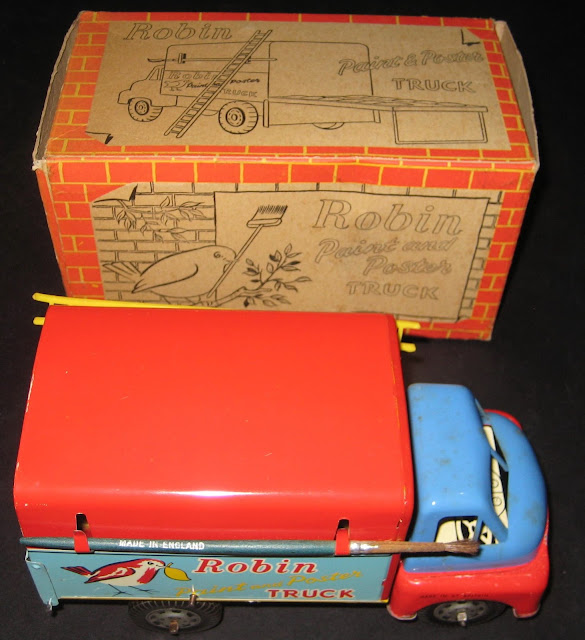 There's currently an unboxed version of this truck for sale on ebay (see image below) here for £130! And it's incomplete (no paintbrush & no posters) 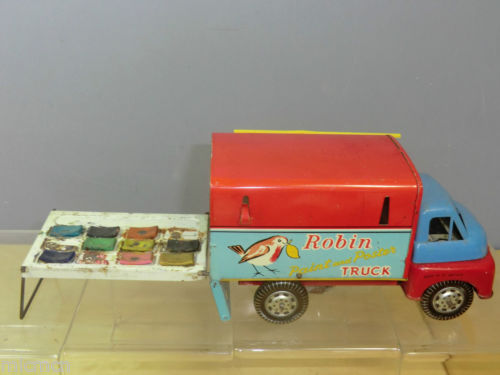 and this is currently for sale on ebay here 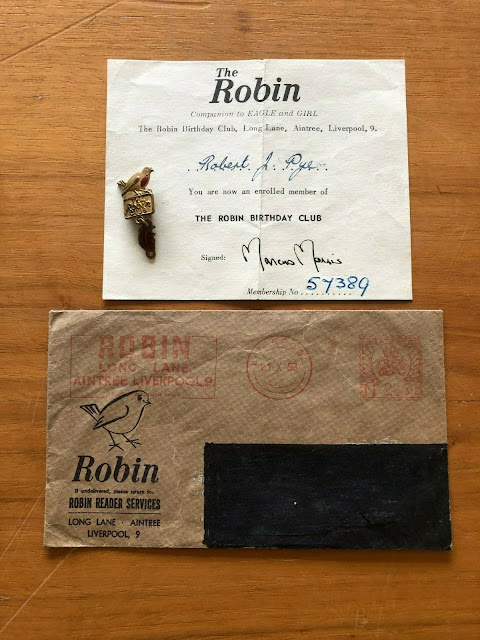 The Robin book of pets 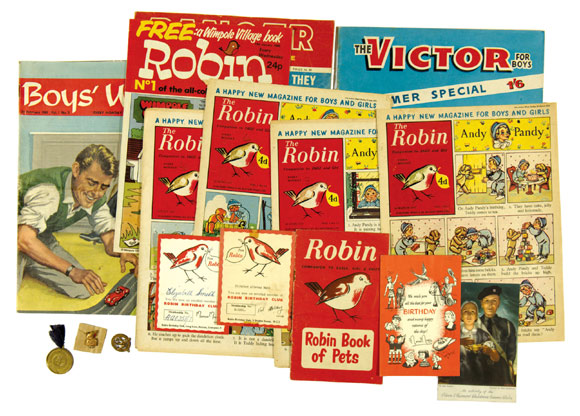 This image is taken from here 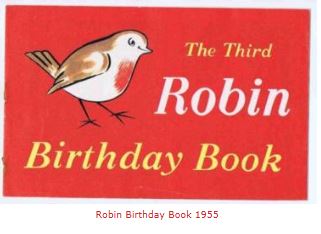 A Robin birthday postcard (front and back)... 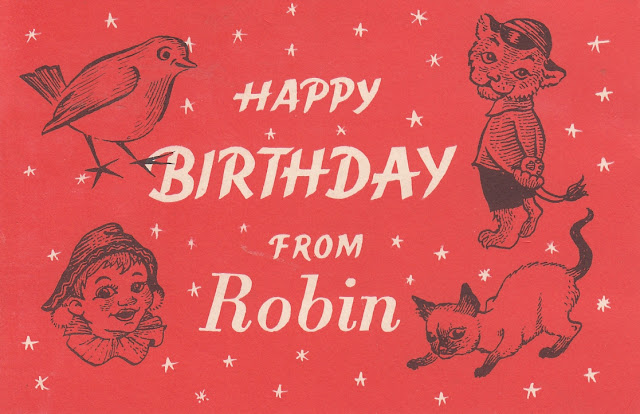 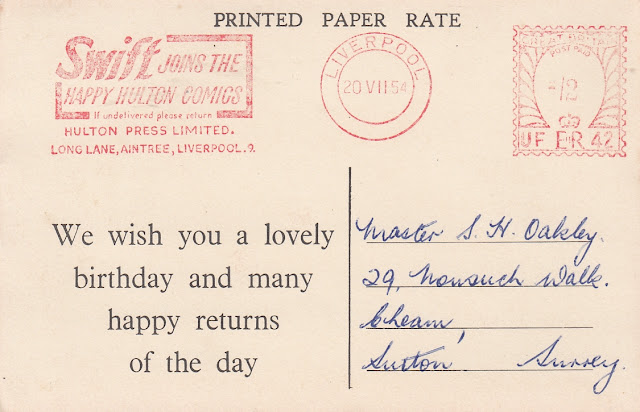 In the tradition of Eagle / Girl / Swift there were spin-off jigsaws, here's one that I've found so far... 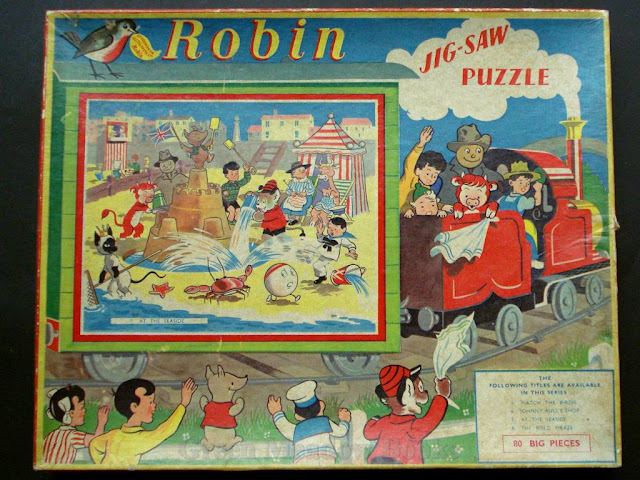 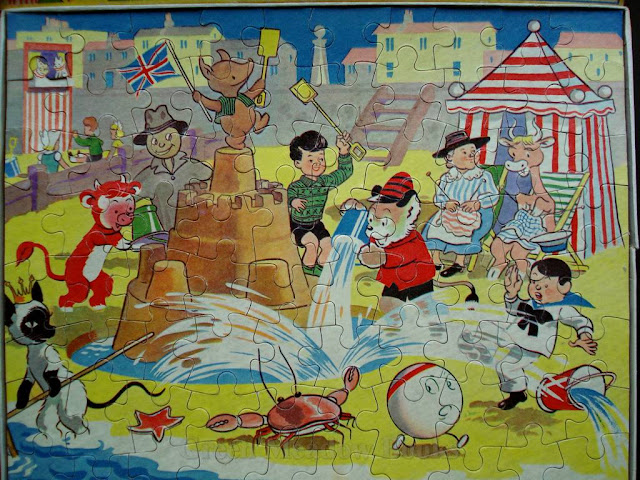 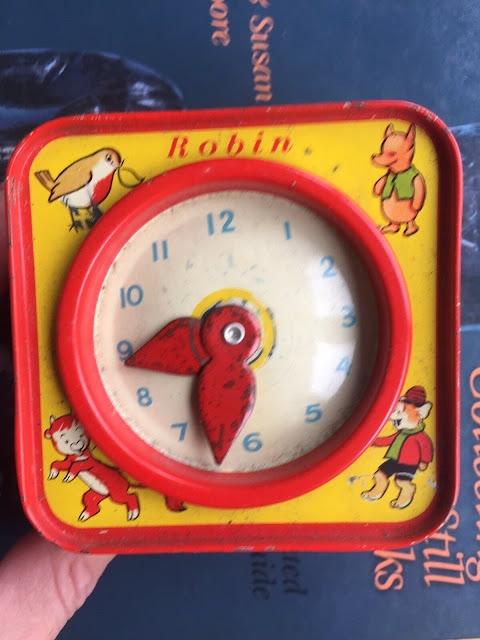 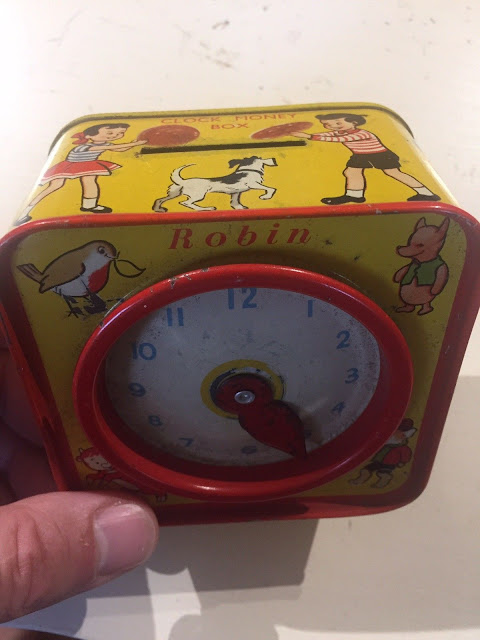 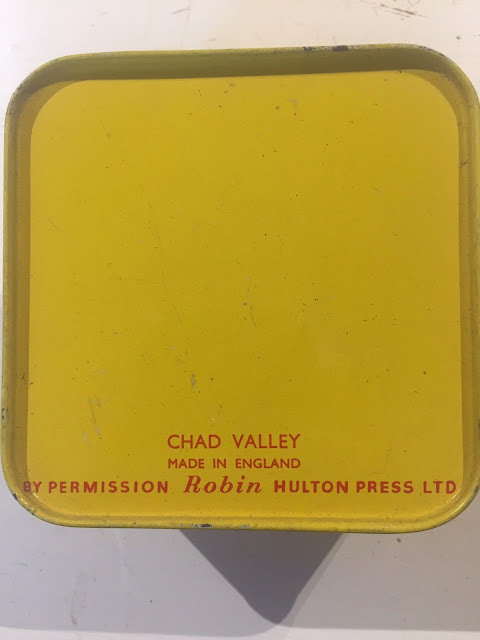 I'm sure there must be more stuff out there - can you help? 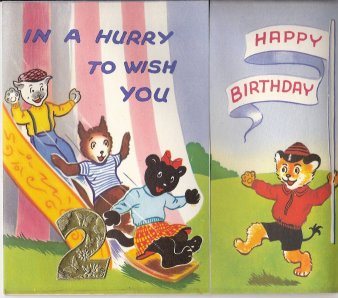 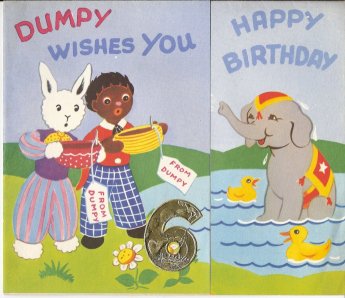 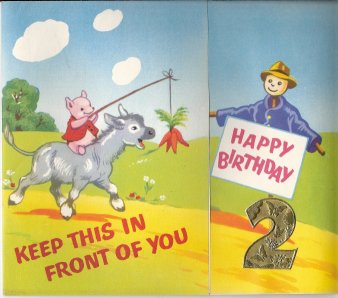 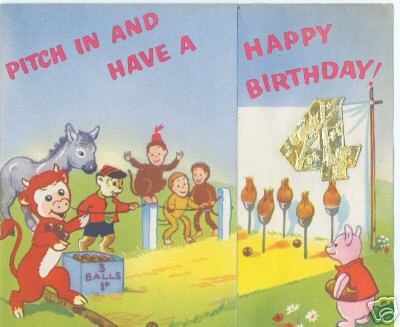 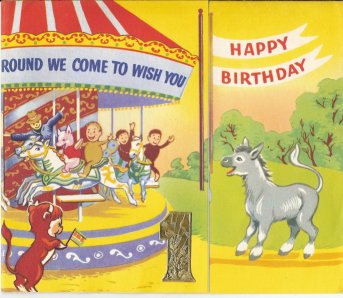 Not sure if this is the 6th book they produced or a book for a child's birthday - anyway, it's good to know it exists...now I just need ot find book 4 and 5 and add them in 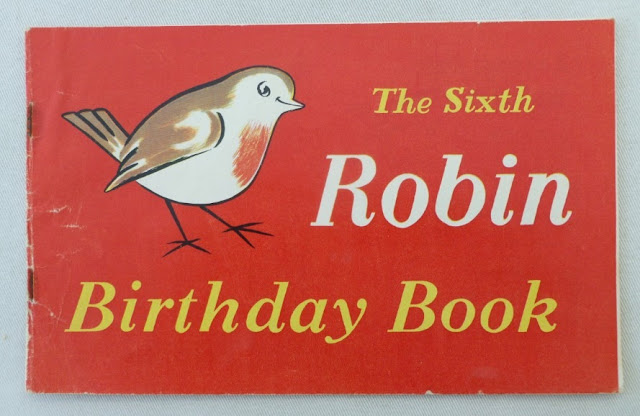 There was a Robin club (just as there was an Eagle club, a Girl club and a Swift club), in the Eagle club if you were a member for more than a year you got a star to dangle from the hoop on the badge, presumably this was true of Robin as well (even if the symbol may not have been a star) 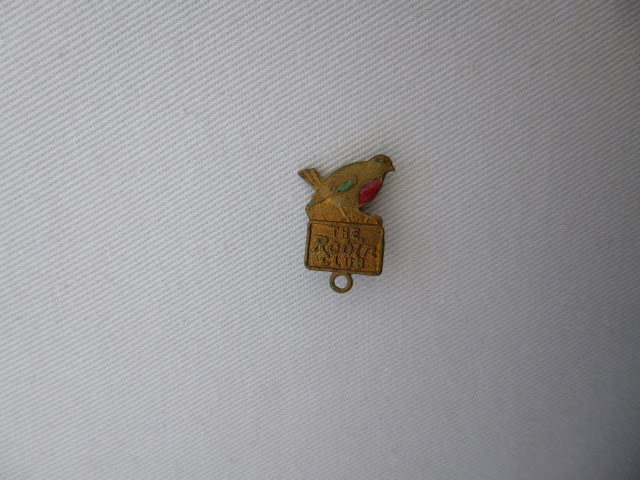 Not really merchandise but for the die-hard Robin collector out there... 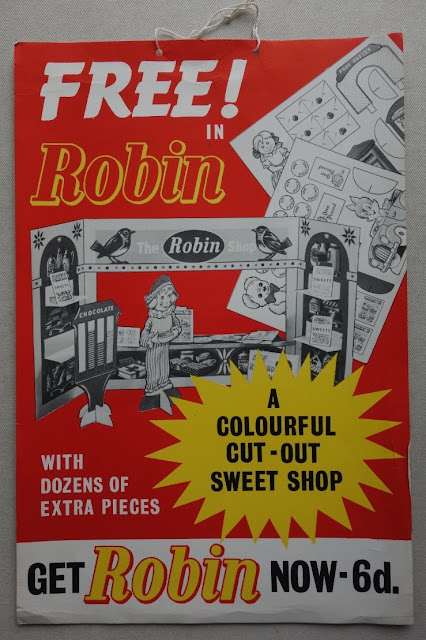 Further images c/o friend of the blog Jeremy Briggs...here's a Robin club badge with a leaf (I think) denoting that the member has re-subscribed to the club... 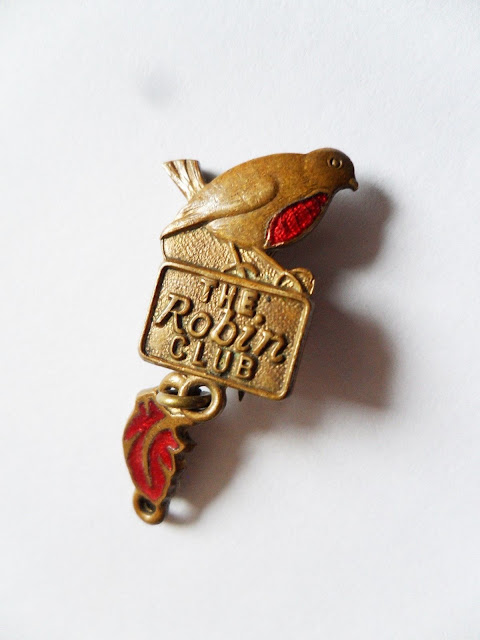 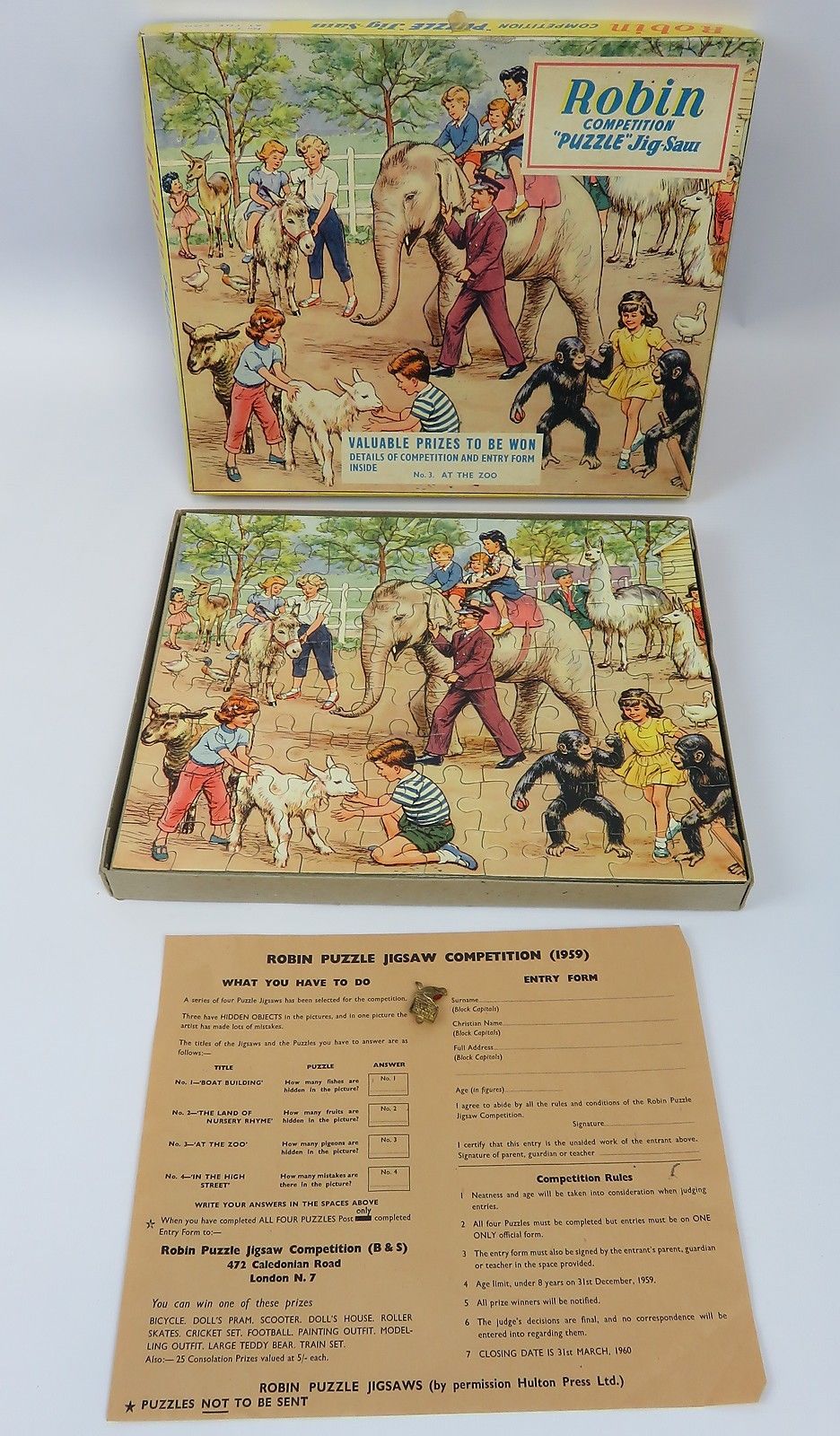 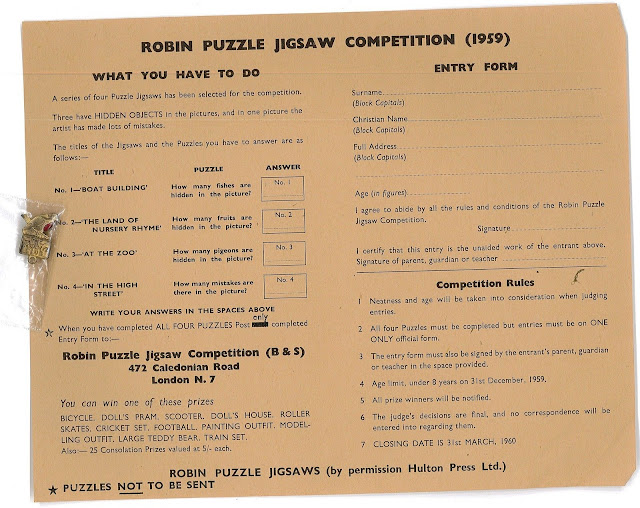