Mighty Max comics - most expensive comics of the '90s? 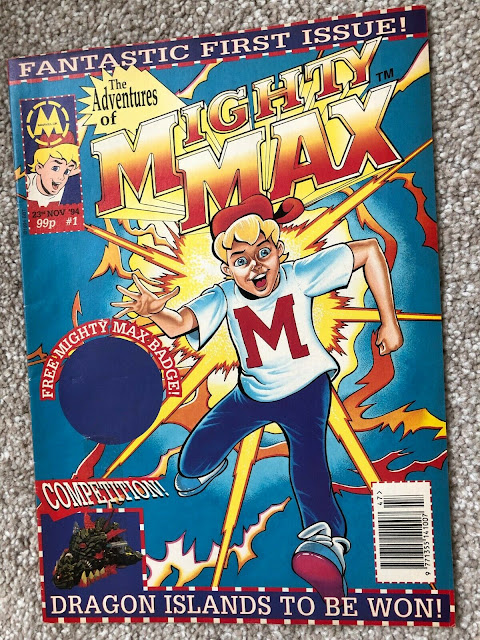 I've managed to collect 6 (of the 10) issues that Marvel UK published. The limiting factor to collecting more is that they don't seem to come up for sale very often and when they do they can be very pricey.

Recently (here) a set sold for £410! Although it was then re-listed (here) at £300 (and sold); so either the seller had two sets or the original buyer dropped out and the comics were re-listed for the under-bidder.
I guess my question is...is this the most expensive comics set from the '90s? Got any other suggestions - just let me know!
In other news this is part 1 of my look at not the Marvel UK series but is still a Mighty Max comic so is still worth tracking down for its lovley Sandy James artwork. This is part 2 of my look at thta comic
Posted by Richard Sheaf at 05:30