I've posted before about the watercolour artwork that Mike Western produced in later life (such a contrast to all that black & white comics artwork on Leopard from Lime Street, The Sarge and Darkie's mob). Another piece has now come up for sale on eBay, priced at £150 (or best offer) and it's here - the piece is untitled. 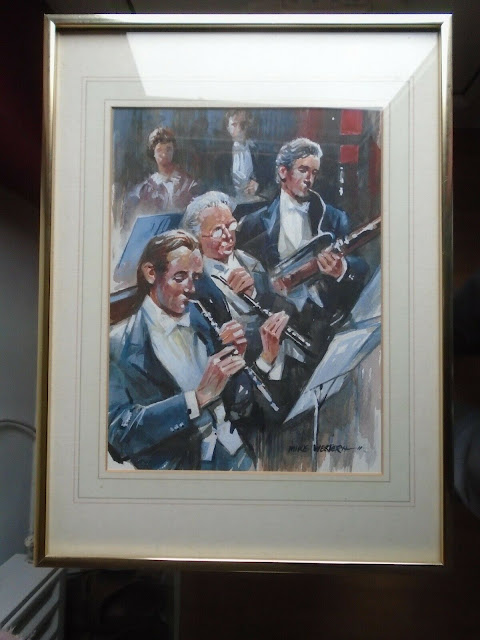 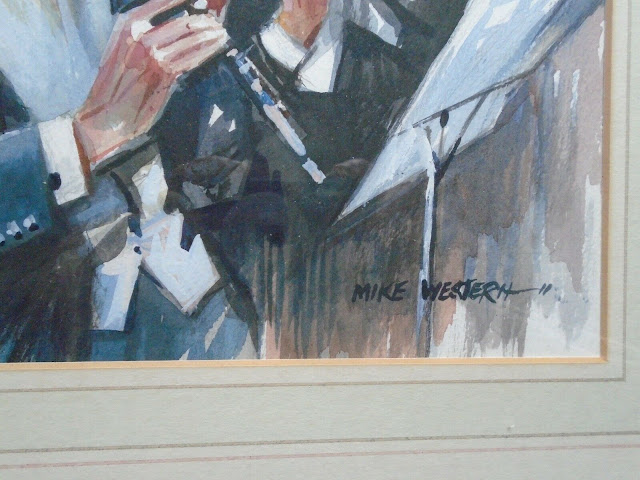 The seller is in Worthing and offers to deliver within 25 miles of their postcode (but doesn't seem to want to post it)
The last piece offered on eBay, priced at £209.60 on a buy-it-now it's called 'At the turn' and is available here 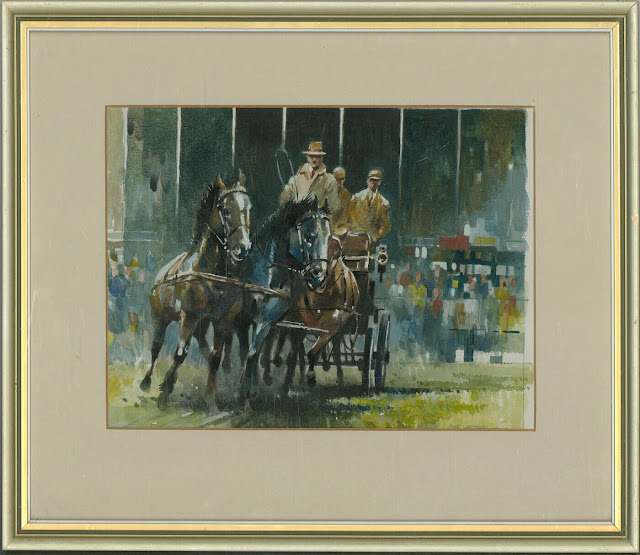 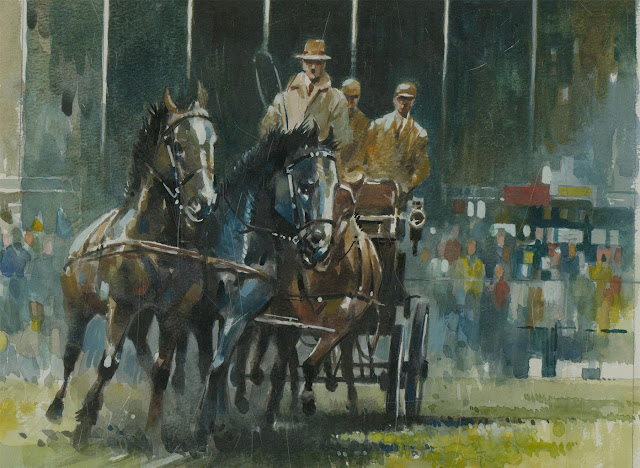 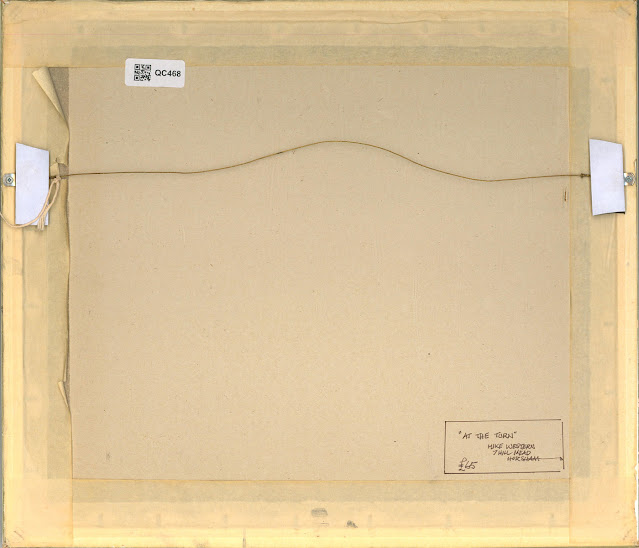 Other pictures
A recent ebay search on sold items has turned up these two interesting pieces by Mike Western - the first picture is called "the rebel" and the second is called "Pipe dreams". The third picture is untitled and was attached to the back of the 2nd picture but has been identified by Peter Western as a self-portrait of his father. 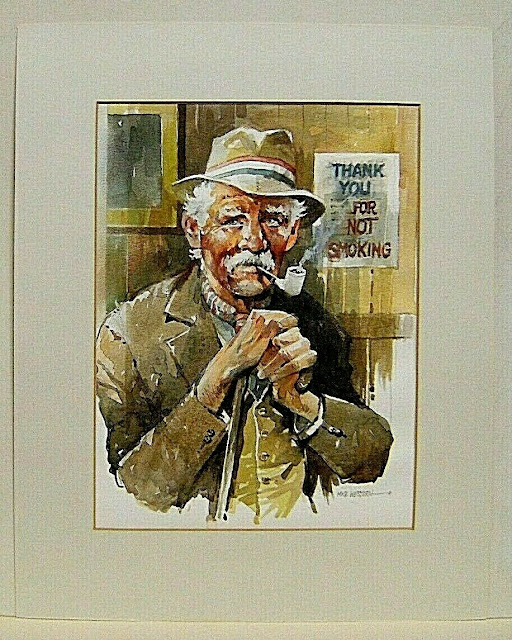 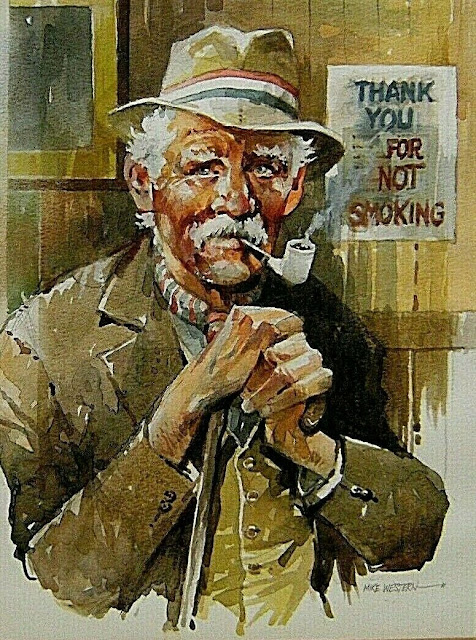 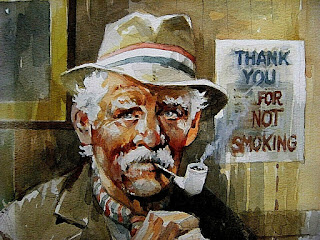 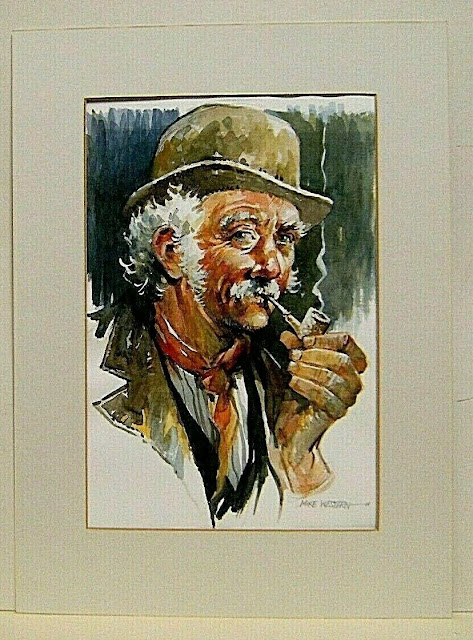 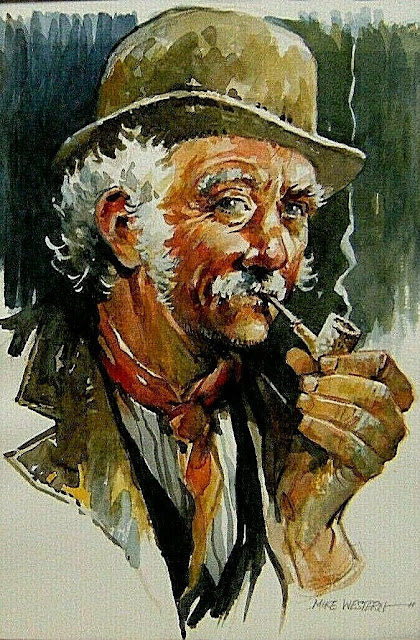 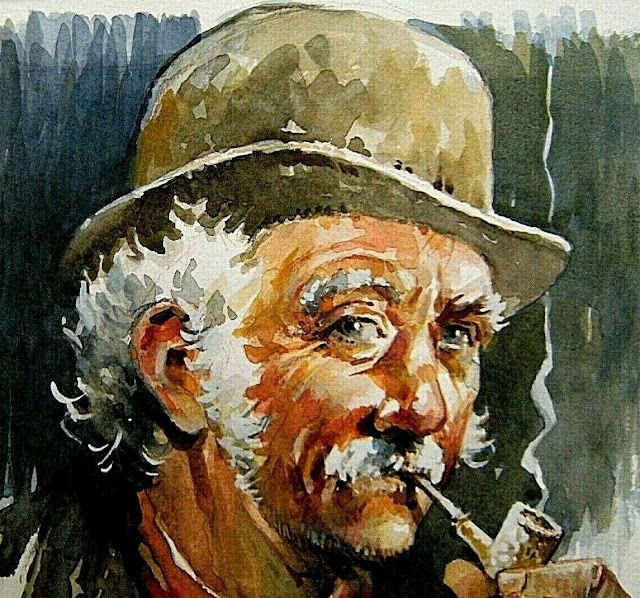 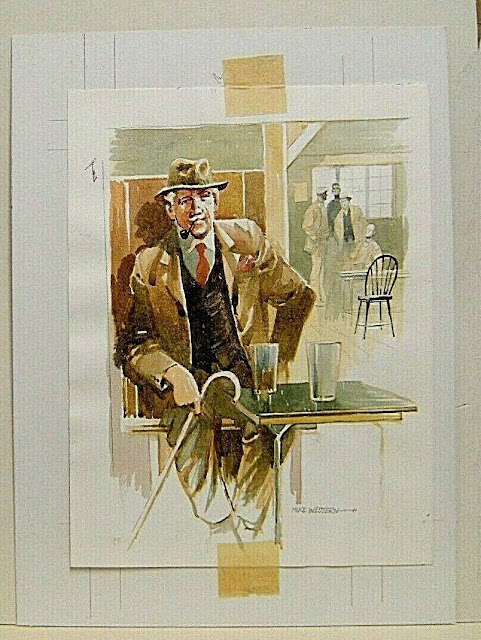 The first two pictures appear to be companion pieces to these pieces I also found... 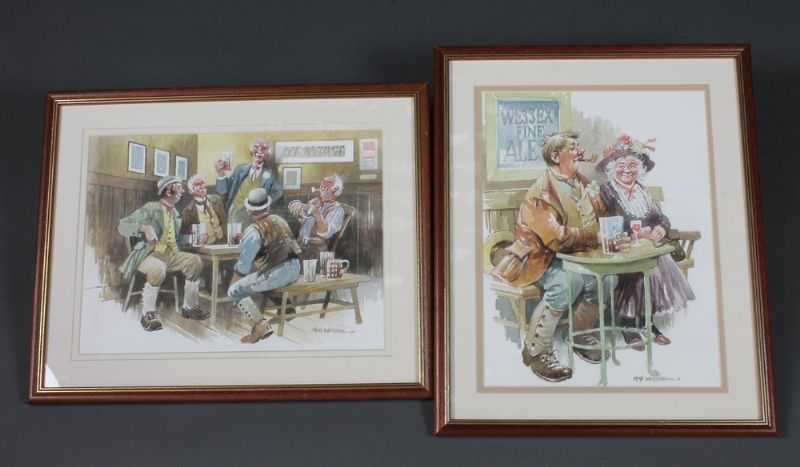 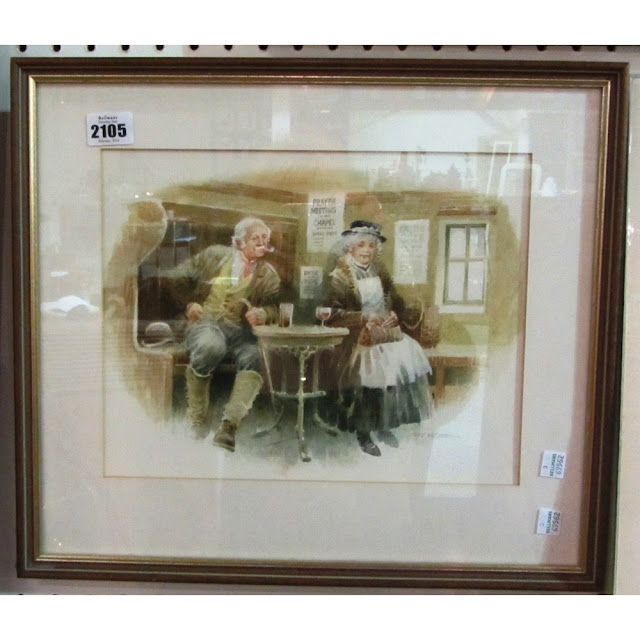