Martin Aitchison died (aged 96) on 22nd October 2016. Martin will be best remembered for his work with the publisher Ladybird and his work for the original Eagle magazine in the 1950s, particularly his work illustrating the 'Luck of the legion' series of stories written by Geoffrey Bond.


Fulsome tributes have already appeared elsewhere on the web (see below)
https://www.theguardian.com/artanddesign/2016/nov/10/martin-aitchison-obituary


so I just thought I would add some new images to the mix...


Here's one of Martin's covers for Eagle Times (showing the 'Luck of the Legion' gang plus at least one very recognisable dictator trussed up like a Christmas turkey), this is from the Winter 1993 issue of Eagle Times, volume 6, issue 4. 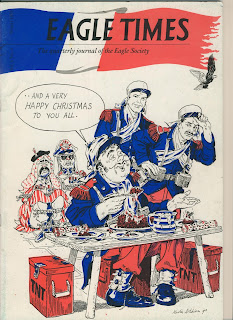 The Down the Tubes tribute mentions his work on the strip 'Justin Tyme' - here are 2 unpublished  illustrations he drew as reference material for the strip; one of Justin and one of his local pub 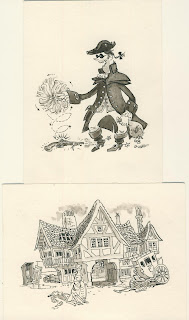 The Eagle Society dinner in 1996 featured as its star guests the Luck of the Legion team - writer Geoffrey Bond (left) and artist Martin Aitchison (centre). 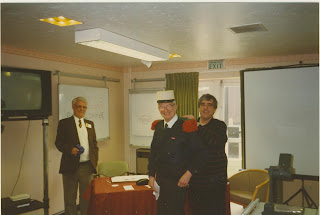 They were also persuaded to sign books for society members﻿ 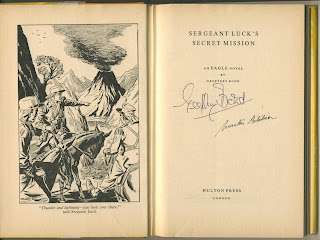 Another of Martin's paintings, this was also turned into a centrespread illustration for Eagle Times (as it featured CS Forester's character Lieutenant Hownblower - whose adventures he also illustrated in Eagle). 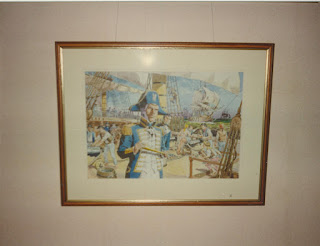 More details of the Eagle Society can be found here
http://eagle-times.blogspot.co.uk/