new from ace comics creator Gary (Derek the sheep, Julius Zebra, Gary's garden, Teenytinysaurs) Northfield is news that he has now become a comics publisher as well!
He has just published "Sgt Chip Charlton and Mister Woofles" strip (Jim Medway draws and scripts) which has been collected together from the pages of the Phoenix comic, and is now available to buy courtesy of Gary's new imprint Bog Eyed books. If you've never read the Phoenix, here's the concept...


Scared of horses but driven to fight crime and seek justice?
What is a young Canadian to do?

Chip Charlton joins the Royal Canadian Mounted Police, picking his daschund buddy over the conventional equine sidekick. Sgt Chip soon proves the naysayers wrong, and time after time, crime after crime, demonstrates how even a weak stomach* is no obstacle to following your dream. 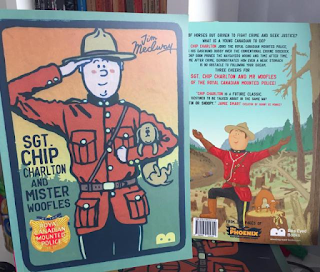 Jim has also posted some 'behind the scenes' type illustrations here looking at logo design..
https://www.skillshare.com/classes/design/Logo-Design-New-Ways-to-Create-Custom-Vintage-Type/1289592301/projects/27899?via=user-profile 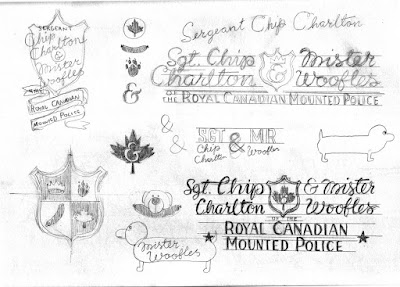 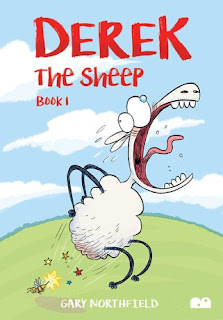 
Good luck to Gary in his new publishing venture.
Posted by Richard Sheaf at 06:00