Today's selection is some of the humour art in the book - a variety of creators... 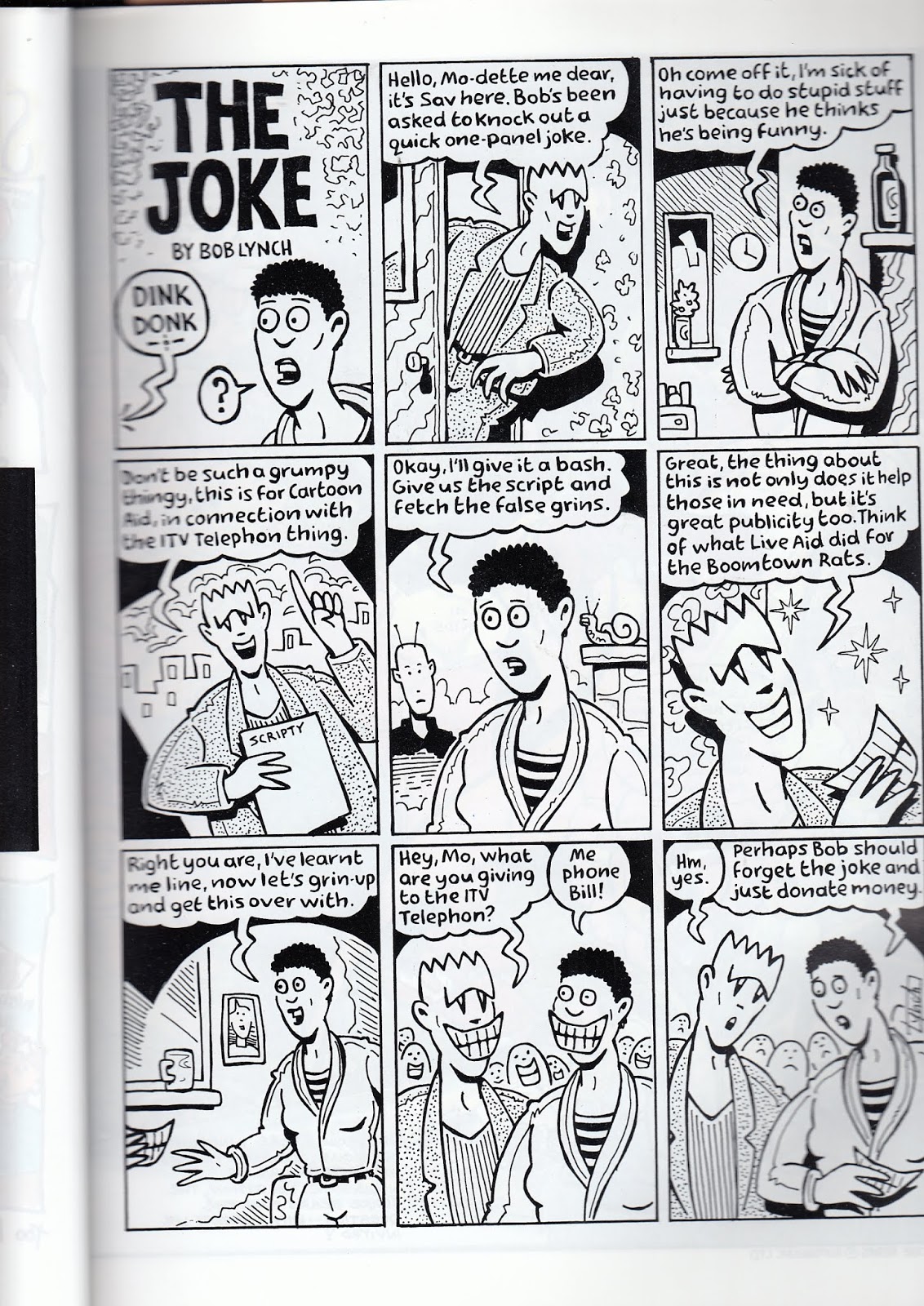 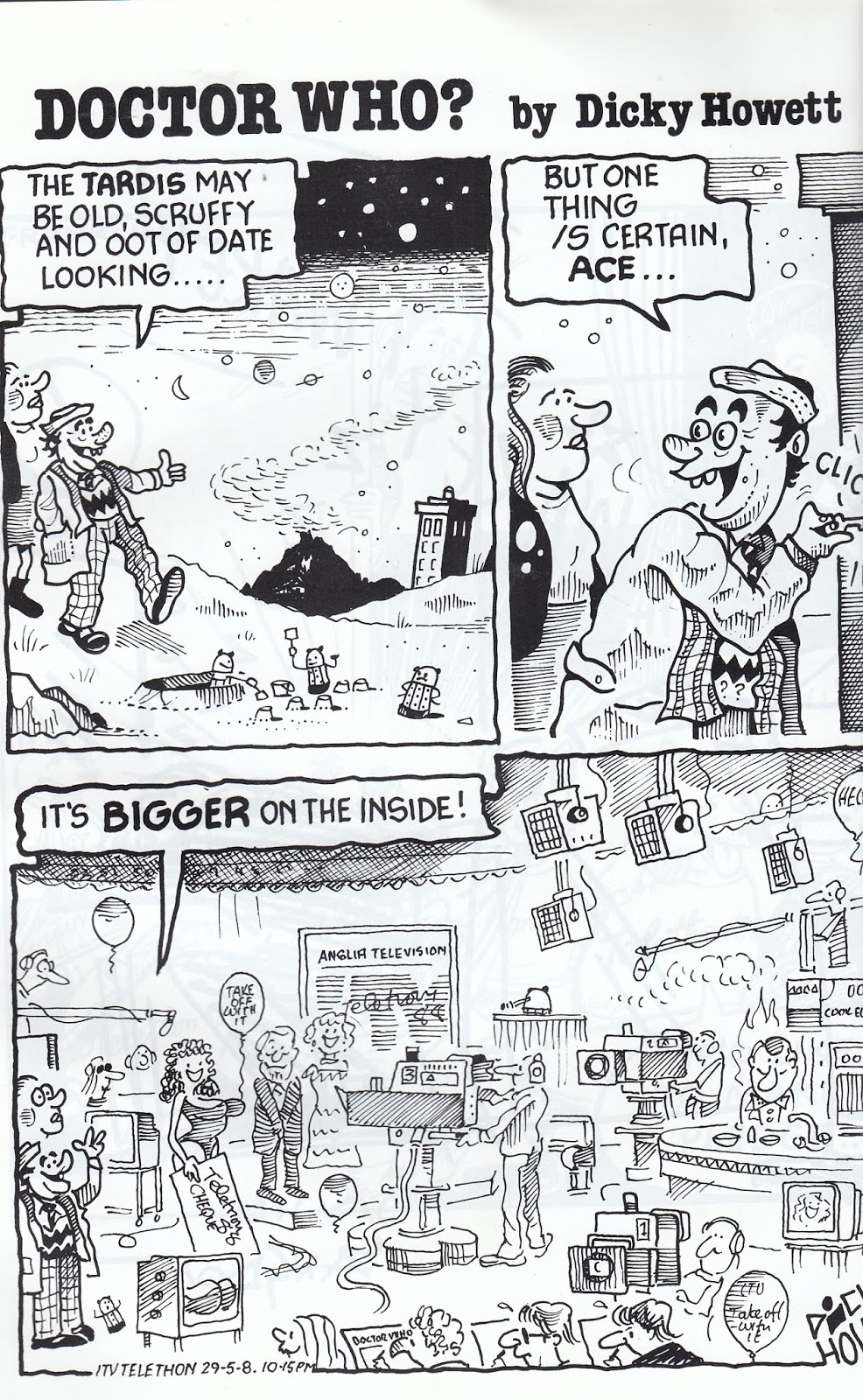 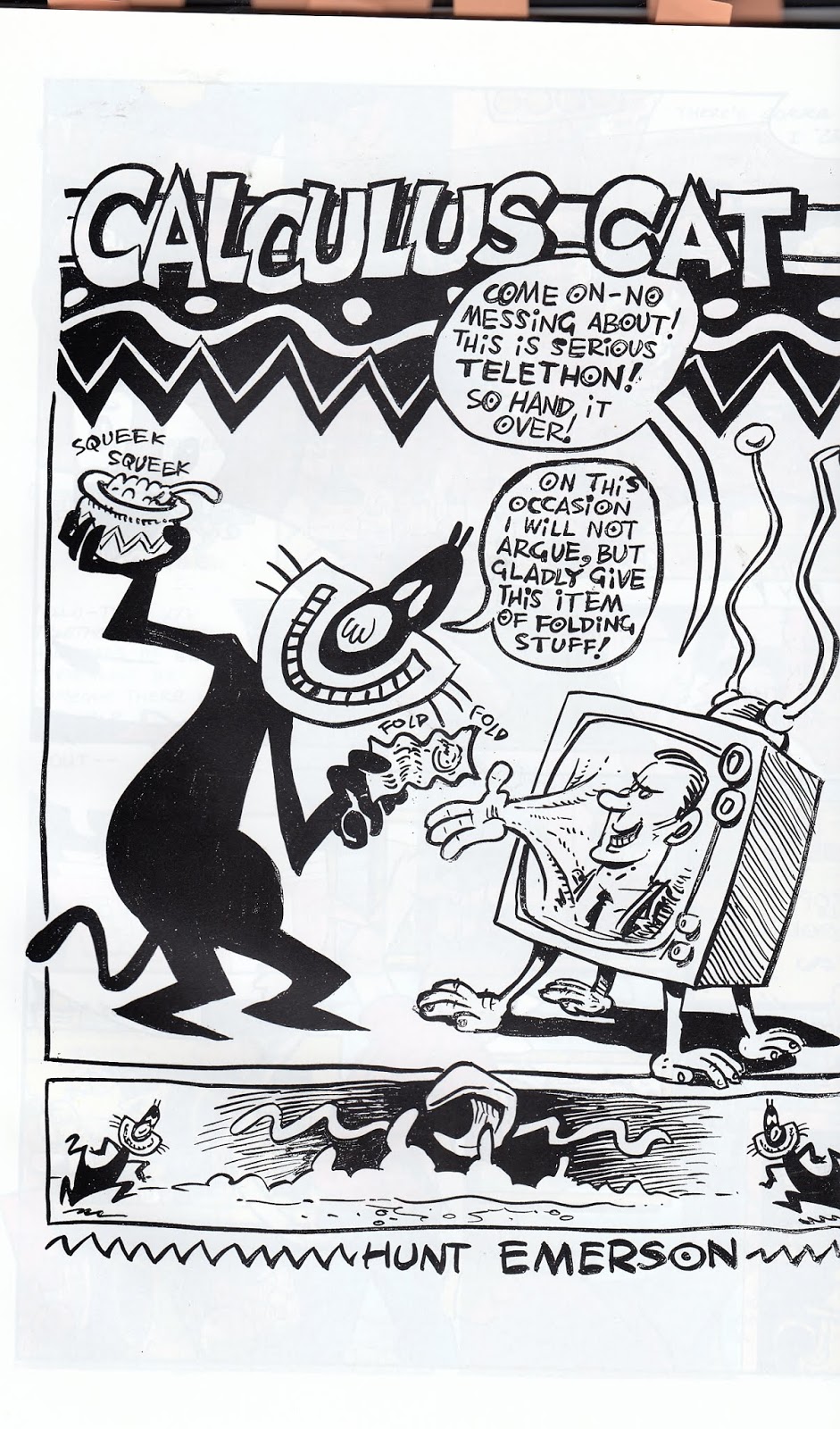 I didn't know the name 'Crocker' but I certainly recognised Jim Crocker's style - Lambiek says...
James "Jim" Crocker is a prolific artist whose work has appeared in many IPC funnies since the 1970s. He created among others the two neighbours 'Smarty Pants and Tatty Ed' for Whizzer & Chips in 1974. Crocker has also drawn 'Ivor Lot and Tony Broke', 'Ad Lad' and 'Sweet Tooth', as well as 'Jack Pott' in Buster. 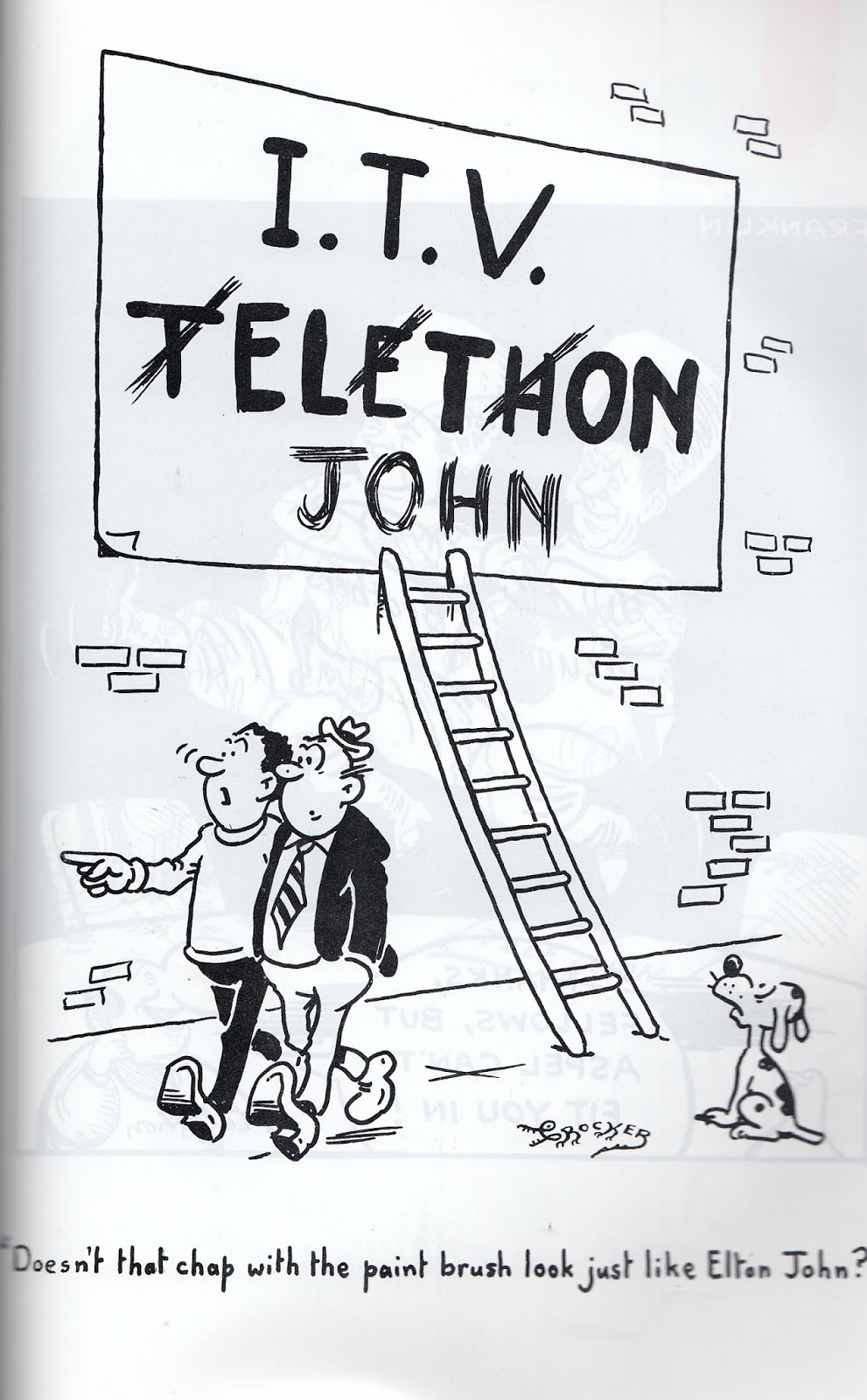 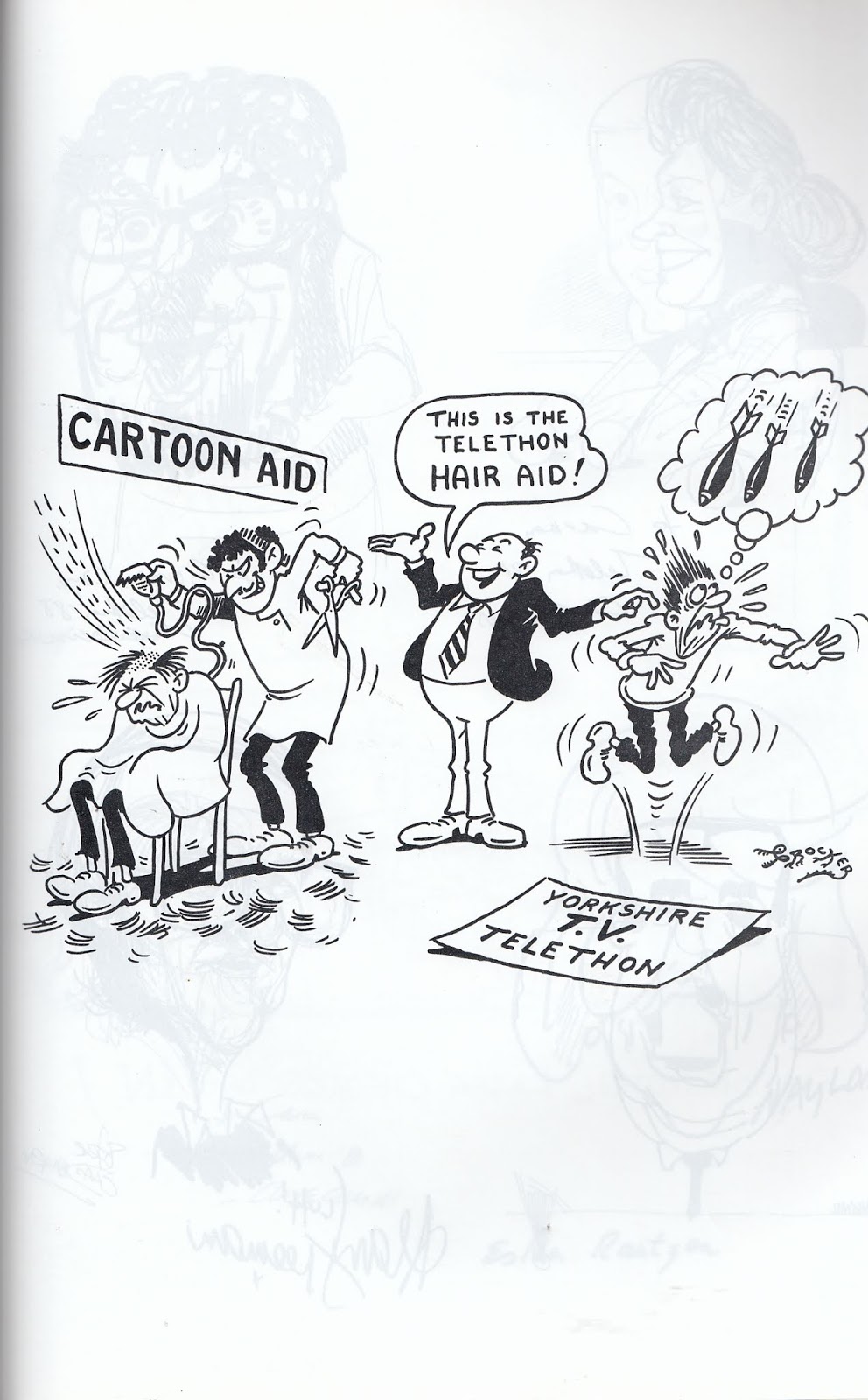