I recently caught up with one of the busiest men in comics...Mr Samuel George London...not only does he present a weekly podcast ('Comics for the apocalypse - catch-up on any episodes you've missed right here ) but he can often be found Kickstarting new comics. Sam was kind enough to spend some time chatting to me about his great sounding new project, Band of Warriors...
‘Band of Warriors’ then...give us the elevator pitch... Jordan Thomas summed it up best by saying "boobs, bloodshed and betrayal" but to slightly expand on that, BoW merges actual historical events with Celtic and Greek mythology in an epic tale of adventure, betrayal and vengeance. 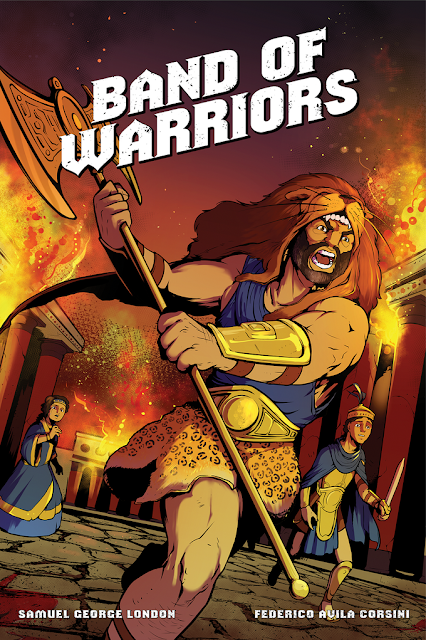 I think the story is partly inspired by your wife’s connections in France – is that right? That's right. My wife is French and specifically from Brittany. Breton people are very proud of their history, particularly their Celtic heritage and I relish the opportunity to try and capture that spirit in a comic.So was this a particular period of time that you’d studied before? Or was it a more recent discovery? I had some knowledge of Greek mythology but I had no idea about the actual history from around the time of its creation. So, it was really interesting to learn about the history based on fairly recent archaeological discoveries. 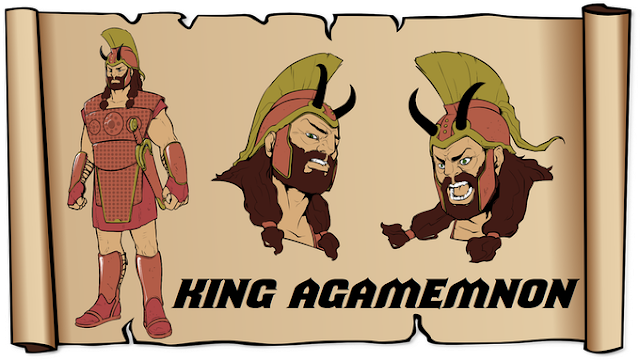 You envisage this potentially as a 6-part series is that right? This first issue is part of a 6 issue arc I have planned but it also has scope to become an ongoing series if we get the right level of support. I hope we get there because I'd love to tell the full story.So, you have plans to really flesh out this world...is it one particular geographical part of the world that you want to focus on or would you like to see the characters travel their world? Great question! This first issue is based in one particular part of the world, which is the palace of Knossos specifically but for the rest of the story there's a fair amount of travelling to other locations involved.You’re clear that the art for the book is historically accurate. I've made it as historically accurate as I could but with mythological elements thrown in. So that bit won't be but it'll be a lot of fun.I’m not sure I can think of any other comics from this time period – have you come across any? I’m sure there are probably loads of bande dessinée books out there but I’m just not familiar with them... Kill the Minotaur is set at the same time and even includes King Minos as well but it's more of a comic book interpretation of the original Minotaur mythos. Whereas BoW is attempting to reflect actual history along with the mythology. 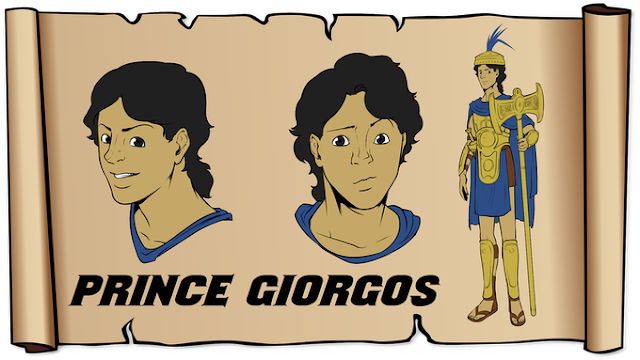 You’re perhaps best known as the writer of the ‘Milford Green’ comic series but you’ve written a number of different comics series I think... Thanks and yes. My other series include The S Factor with Chris Panda published by Action Lab, which is about the dark underbelly of a superhero dating reality TV show. Then there's Project Hoax with Dan Butcher, which is an all-ages one-shot horror comic. And lastly, there's Access Denied with Mikael Hankonen from the Milford Green series, which is about humans visiting androids living on Mars for the first time. 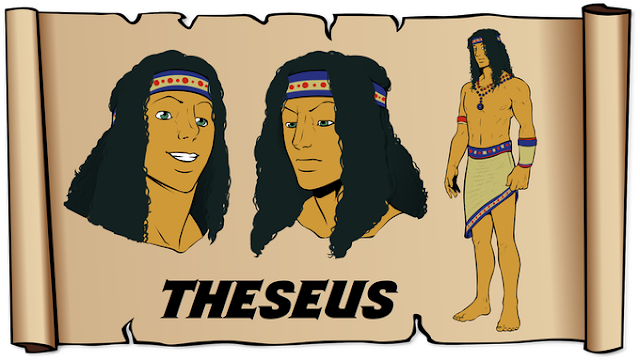 Federico Avila Corsini is an artist I haven’t come across before – how did you ‘meet’ him? I put an artist call out on both Twitter and Reddit, and thankfully Federico got in touch with me via Reddit. I'm so glad he did because otherwise I wouldn't have come across him. 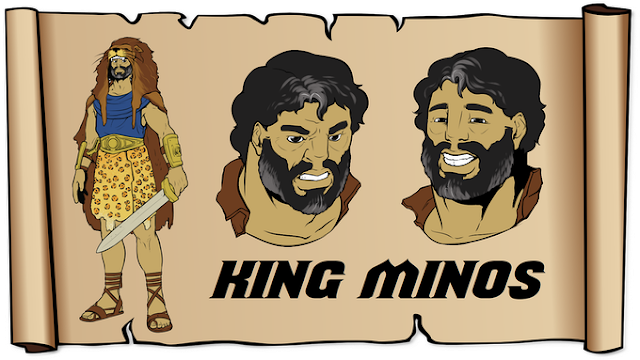 What was it about Federico’s art style that made you think he’d be the right artist for this project?
He has the right balance of realism and fanaticism in his art to capture the historical accuracy as well as the mythology. When he first sent through the character designs, I was over the moon at how they turned out.What has Nicole, the editor, been able to add to the project would you say? I've worked with Nicole on every project I've written so far apart from the original Milford Green but she seems to be able to point out small things in the story that needed tweaking in order to really put the icing on the cake. In regards to BoW #1, she managed to iron out the creases that I had in a big action scene. I honestly can't wait for everyone to see it.

Thanks for your time Sam!

You can find Band of Warriors on Kickstarter right here
You can follow San on Twitter @SamuelGLondon
Posted by Richard Sheaf at 05:30