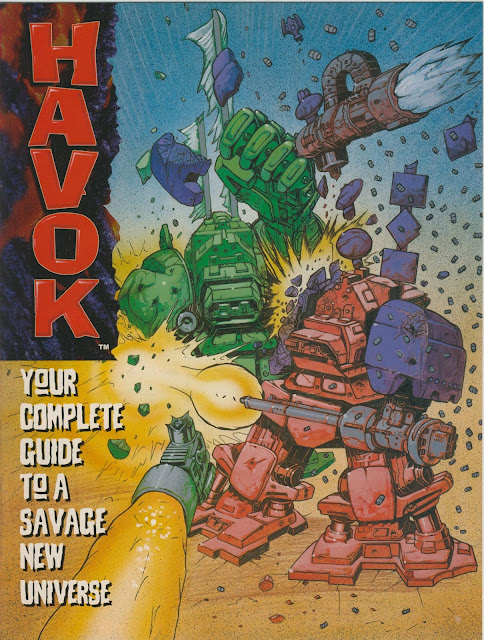 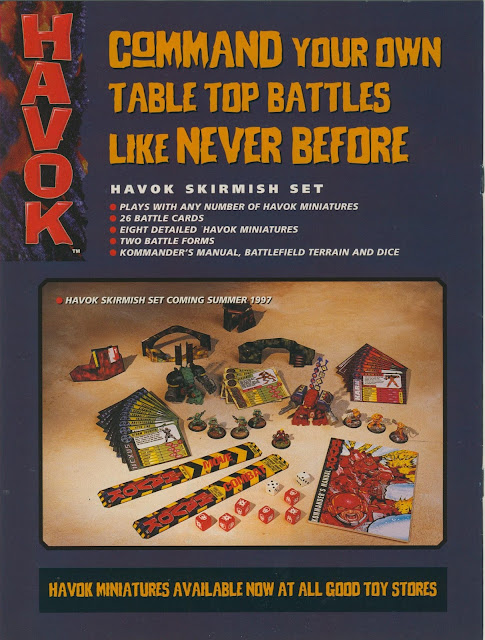 So here we have, presented free with 2000ad an "issue" of Havok.

Wikipedia (https://en.wikipedia.org/wiki/Havok_%28wargame%29) tells me that Havok was a short-lived wargame created by Bluebird Toys in 1997. It was designed as a cheaper alternative to Warhammer 40,000 and was aimed at a younger audience. The key defining feature of Havok miniatures was the use of soft, flexible plastic in production, the hand pre-painted, pre-assembled models, 35mm plastic bases and decorative sticker for the models and bases, which meant that additional paints and glue was not necessary.


Why have we forgotten it then? Considered the main contributing factor was the fact that Havok expansion blisters could only be bought as one item from an Argos catalogue store, which meant that it was impossible for customers to purchase specific units, as all items had the same serial number and so were chosen randomly by the staff!

The back cover shows the game pieces all laid out.

Here's a set for sale on ebay 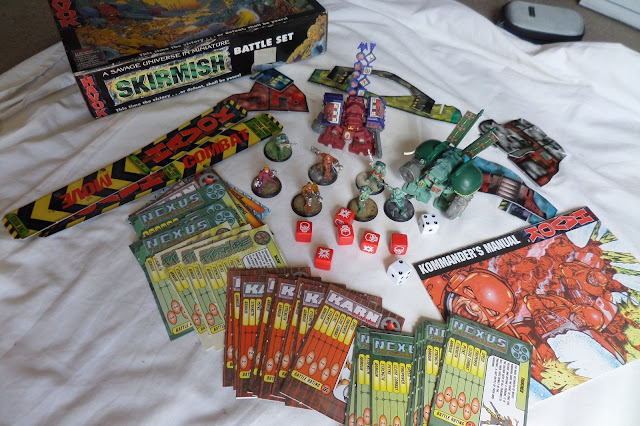 The strip and front cover artwork for this 12 page promo. comic were by Robert McCallum & David Millgate. Lettering by Annie Parkhouse. Additional art is by Tom Carney. ﻿ 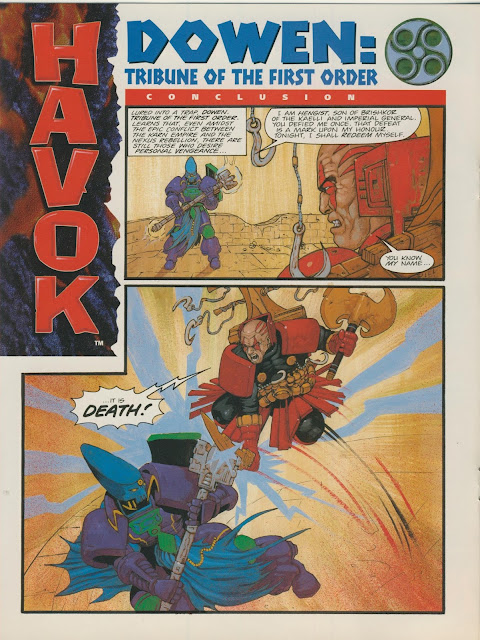 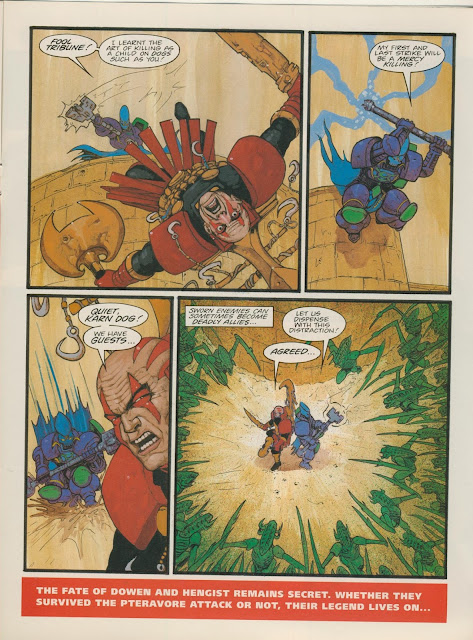 I've﻿ seen this particular issue of Havok for sale a couples of time - and had assumed it had lasted so well because it was produced in such large numbers as it was a freebie from 2000ad. However, this very useful listing of 2000ad free gifts
http://www.2000ad.org/?zone=prog&page=freegifts 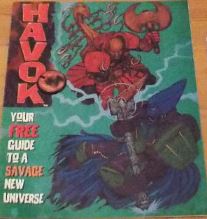