First up (here) is a £19.99 priced version of Concrete Surfer (script by Pat Mills and art by Christine Ellingham) 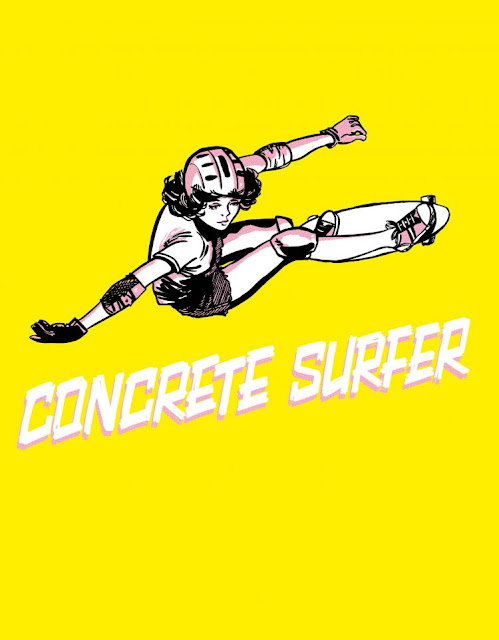 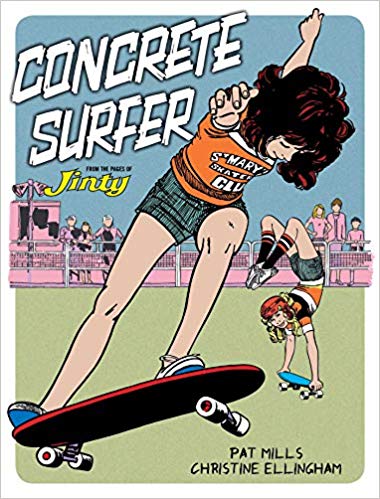 The description says...
Sent home to Britain after her parents fail to establish a new life in Australia, Jean Everidge is forced to rely on family charity, moving in with her Aunt, Uncle and cousin Carol, successful gymnast, beloved of teachers and pupils alike, and all round charming “top girl”. Jean has one solace left to her – skateboarding, surfing the concrete pavement, while forgetting all her troubles, and feel free. But Jean’s freestyling talent soon attracts attention, and if there’s one thing Carol can’t stand, it’s being out of the spotlight. With the new skatepark freestyle contest coming up, just how far will Carol go to stay number one? 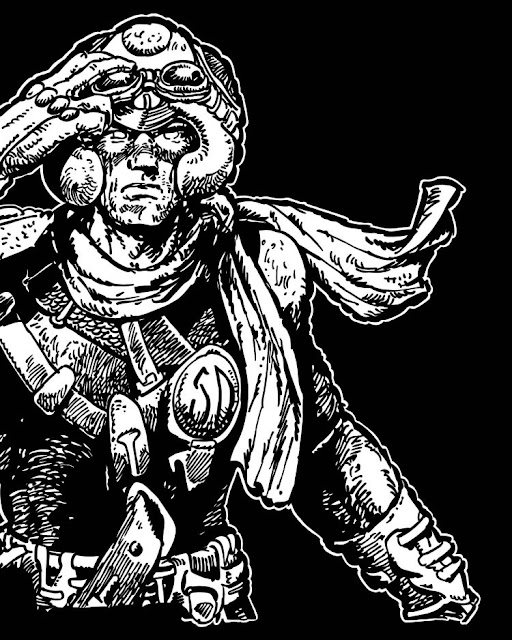 The earliest adventures from one of 2000 AD’s greatest series – Strontium Dog – is now reprinted in colour for the first time in decades.
Reprinted with its original colour pages, Strontium Dog: Search and Destroy is a sumptuous 144-page hardcover collecting the origins of John Wagner and Carlos Ezquerra’s hard-hitting story of prejudice and violence.
The 210 x 276mm book, with a new introduction by co-creator John Wagner, feature gorgeous artwork by Ezquerra, along with Brendan McCarthy, and Ian Gibson.
Strontium Dog: Search and Destroy brings back into print one of the seminal series of British comics, a science fiction Western that merges everything from time travel to a trip to Hell itself. This new edition, with colour centre spreads lovingly restored, is a must for fans and collectors alike, putting these stories back to their rightful place as one of the key series in the annals of British comics.
Originally published in Starlord, 2000 AD’s sister comic, these early stories had a profound effect upon readers, including future film director Edgar Wright. After the comic merged with 2000 AD, Johnny Alpha quickly became a fan favourite character and Strontium Dog remains one of the most iconic strips in the history of British comics.
The series is set in a world where nuclear war has left two classes of people – the mutants and the Norms. The mutant, their bodies warped by Strontium 90 fallout, are a persecuted minority barred from public life and herded into ghettos. Their only option for employment is as ‘Strontium Dogs’, bounty hunters tracking down the scum of the galaxy for cold, hard cash. It’s a difficult and dangerous life where only the toughest can survive. But Johnny Alpha and his Viking partner, Wulf Sternhammer, are the toughest there is.
Posted by Richard Sheaf at 06:00