The next book I've now found with links to Cartoon Aid is the book 'Loadsa Funnies' - this is an A4, full colour softback book published to tie-in with a telethon on ITV in 1988. Lots of cartoonists have contributed - some I know, plenty I don't.

What's of most interest to me is who some of those artists are - there are a number of familiar names, anyway, let's start with a quick look at the book and then have a Judge Dredd image... 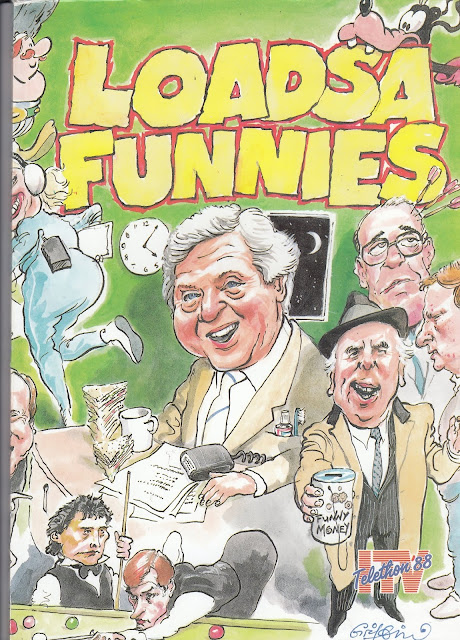 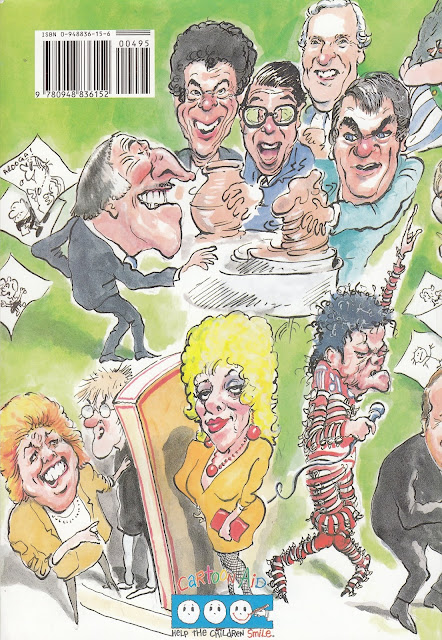 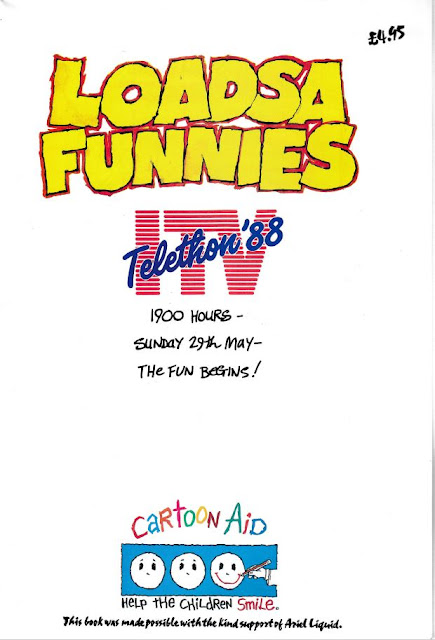 Here's that Dredd image then - it's from the pen of legendary British comics creator Jim Baikie! 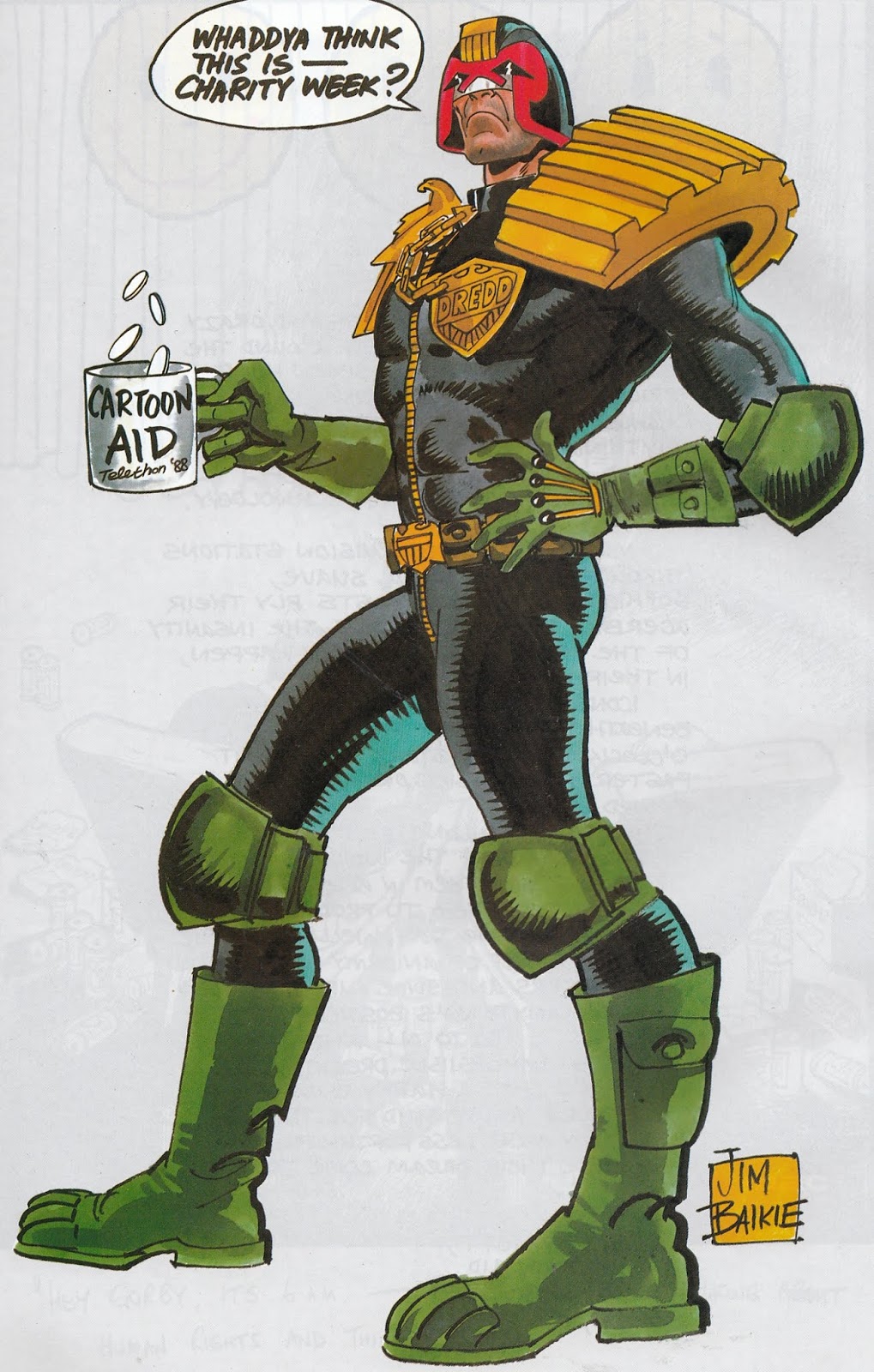