One of the first comics I ever blogged about was 'Ace' or 'Scouse Mouse presents Ace!' comic to give it it's full title.

I'm still not clear on the chronology of this comic but I know that the last issue was April 1989 (see the Werewolf cover, below). The first, 4th, 5th and 6th images were from an ebay lot that I didn't win and copyright dates are sadly missing from them... 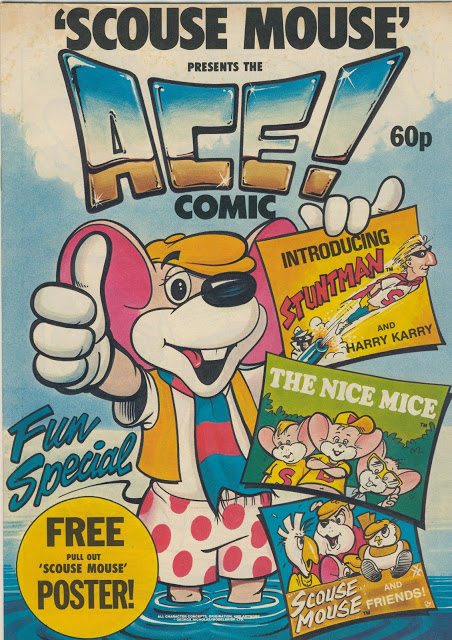 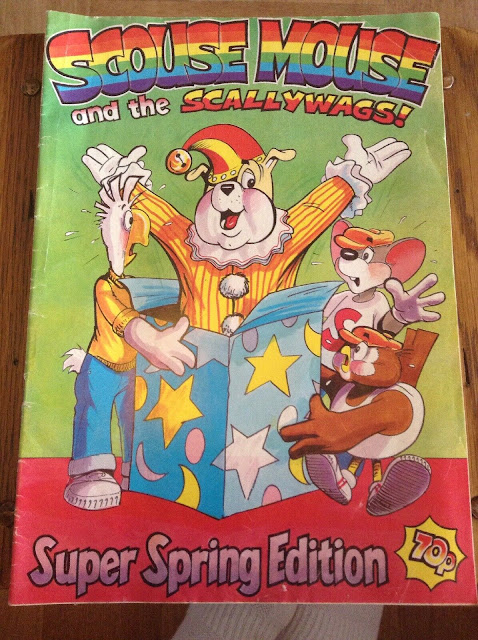 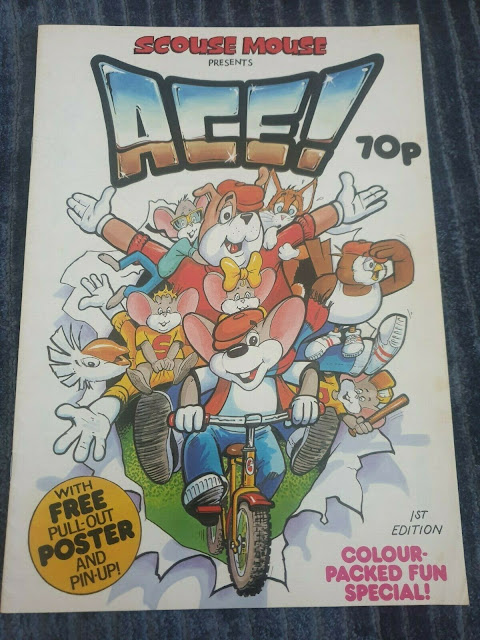 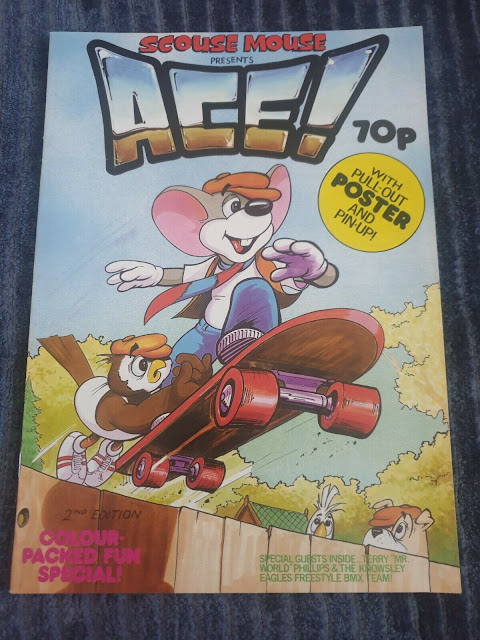 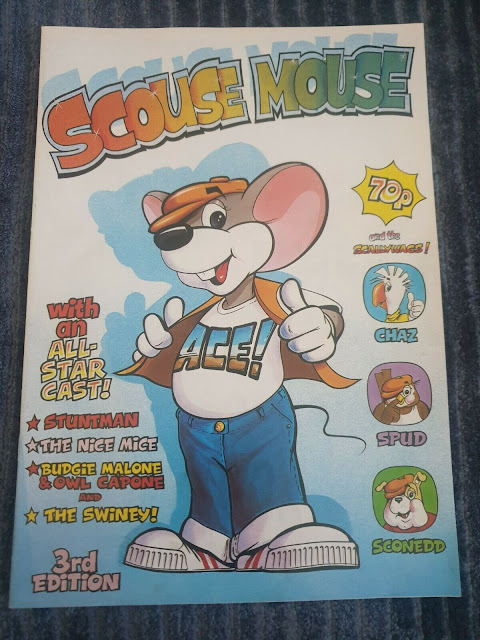 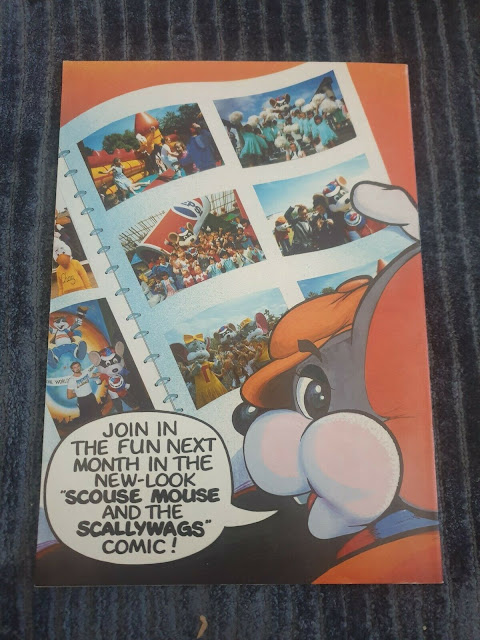 Based on the image from the image on the back of issue 3 (above) we know that the title was then re-named 'Scouse Mouse and the scallywags' came next...here's the only example I have of that title 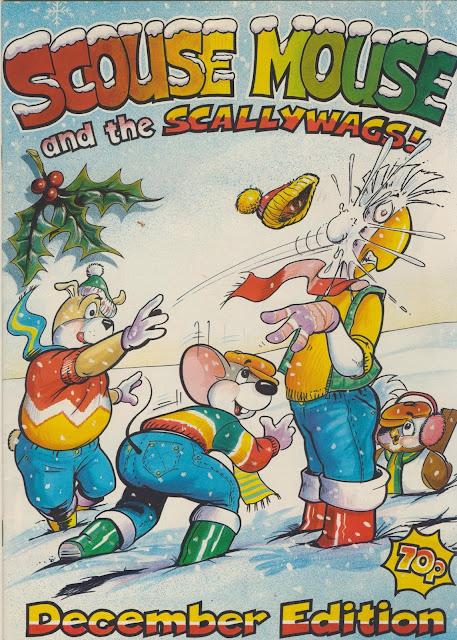 ...but somehow it ends up as just being Scouse Mouse by the time it merges into Whizzer & Chips (on 15th April 1989 - the Scouse Mouse logo was dropped from the masthead after precisely 4 weeks, apparently) - so maybe the December date on the above comic means it's from 1988. Again, copyright dates are missing from these comics. 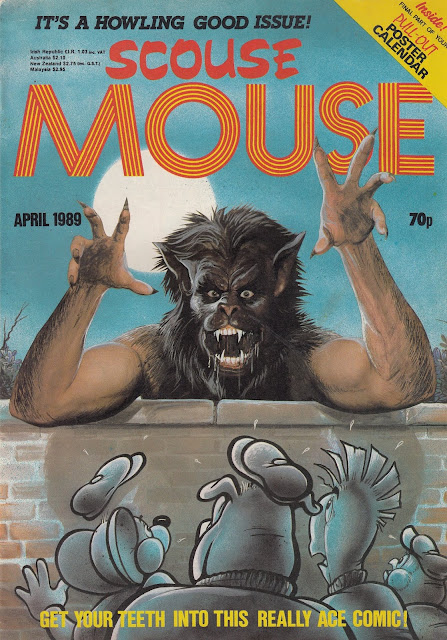 George Nicholas also worked on the Budgie Malone comic - which I looked at here , here and here as well as Were Bears comic (here). All 3 titles are hard to collect - so good luck in your collecting.

Friend of the blog Stephen Archer has let me have the following information about the 1989 issues of Whizzer & Chips...