So here we go with the penultimate issue...
Cover is again by Will Simpson (his signature is hiding behind the A in 'breaks') 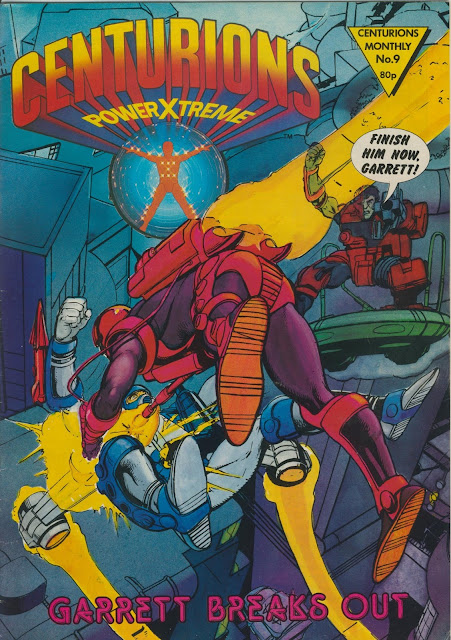 And the we're straight into the first story, "Peril in the Pacific" - the art style is unfamiliar (so no Tom Perkins or Michael Slattery) - which is odd because they've provided so much of the original material for Centurions so far 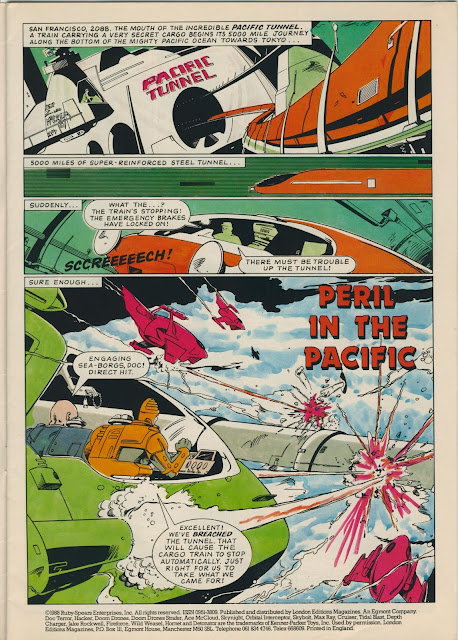 But then I just happened to glance at the first panel and I notice that, strangely, there is some graffiti on the building, here's a bigger scan... 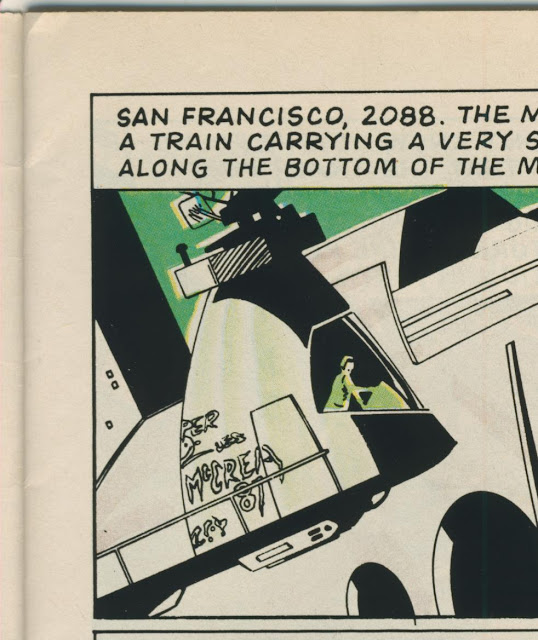 So, then I start to consider who would write "McCrea" on this building? Only the artist presumably and the only famous artist, I know, called "McCrea" is John 'Hitman' McCrea. So I check out his Wikipedia page (https://en.wikipedia.org/wiki/John_McCrea_(comics)) which says very vaguely... In 1989, after a few years of drawing television and toy tie-ins, he illustrated [Garth] Ennis's debut, the political series Troubled Souls, in Crisis, as well as its sequel, the farce For a Few Troubles More.

Hmmm, so Centurions #9 came out in January 1988 so maybe it is him, so then I google him and drop him an e-mail late on a Friday night. Gent that he is, he comes back almost straight away, and says "...yes that is my work, probably one of my first jobs, and had to be done quickly...I think I had 2 days to do it...and they pasted generic heads over all the main characters, which was a valuable introduction to the world of freelance art.... Only ever did that one story....". So there you have it then Centurions #9 contains John McCrea's first ever professional work.

And after that diversion we're back to a US reprint "Restoration" 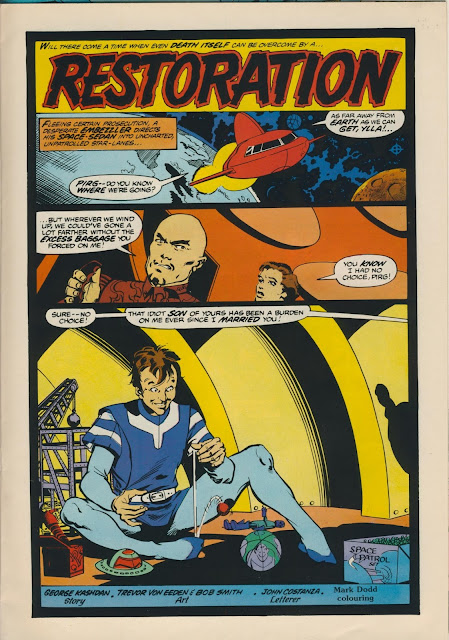 Then Tim Perkins joins in... 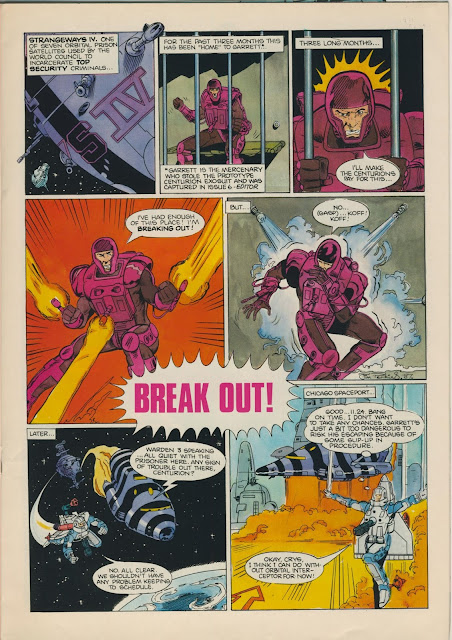 Another US reprint strip...The enemy within 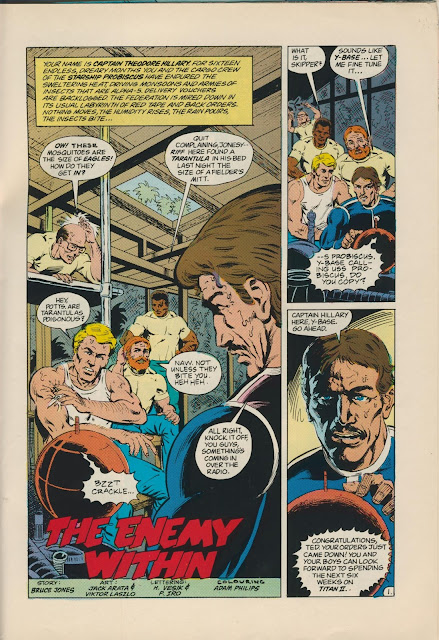 Before we get to what looks like a draft for the cover of the next issue (sadly it won't be used as the cover for issue 10). 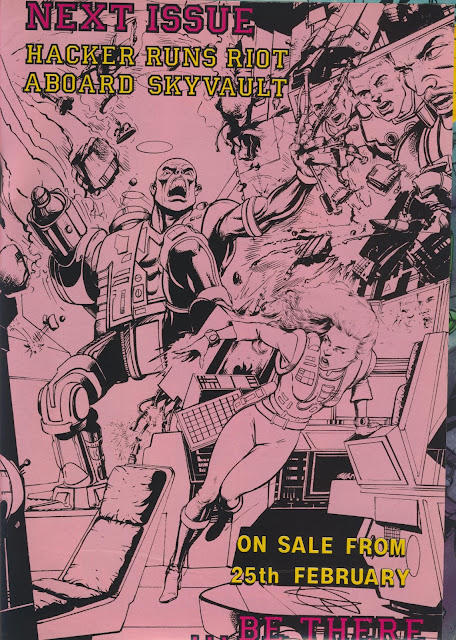