Ages ago (here) I looked at an annual entitled "The adventures of Captain Cosmic" and I knew that Captain Cosmic had appeared in a magazine but I didn't have any examples of the magazine to hand. So I didn't know if the magazine was packed with comic strips or if the comic strips were just squeezed in between loads of other stuff.
Anyway, a copy of Cosmic #1 has now come my way and you can see that it was linked to Take a Break magazine. So I wonder if the strip had previously run as some sort of popular insert/supplement in Take a Break magazine and they decided to spin it off into its own title?
Until someone introduces me to a really dedicated Take a Break collector I'm guessing we'll never really know how Cosmic came to be on newsagents shelves in 1997.
How long did it last? I don't know but I'm off to see what Google can help me find out.
In the meantime here's a look at Cosmic... 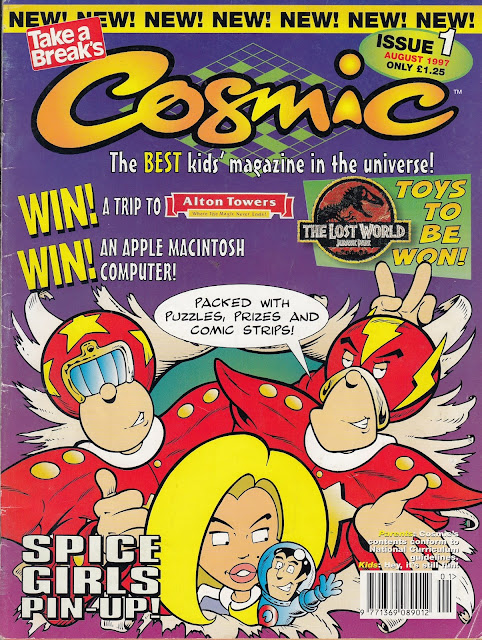 A4 sized, 52 pages (including covers), full colour throughout. You get 24 pages of comics - so that's nearly half the magazine - and plenty of other illustrations too. There's also the expected competitions, adverts and puzzles.
Some examples... 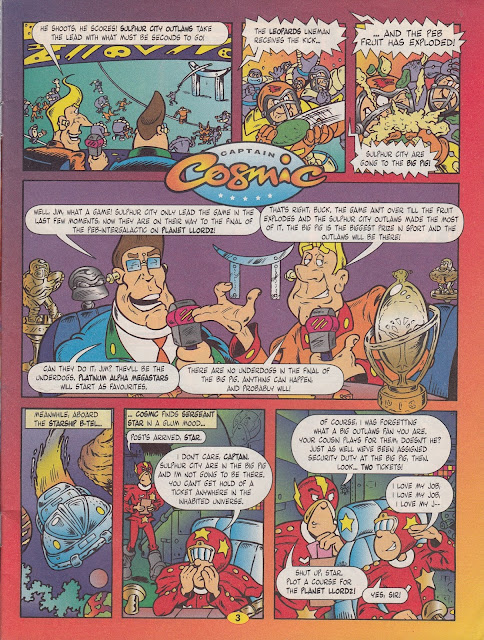 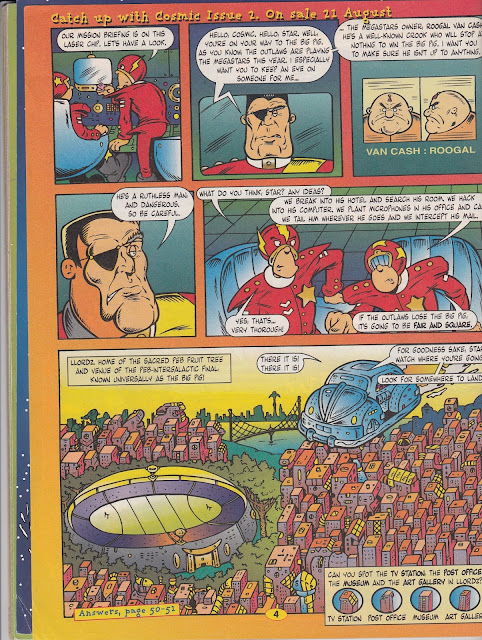 All in all then I was quite impressed - much more comics content than I thought there would be. The next question is to find out more about how long it lasted.
Here's that annual again - this featured 4 brand new stories (Gritty city splang bang; Turtle recall!; Dragons roll!; Gangster parasite!). The annual was published in 1999 by H Bauer Publishing 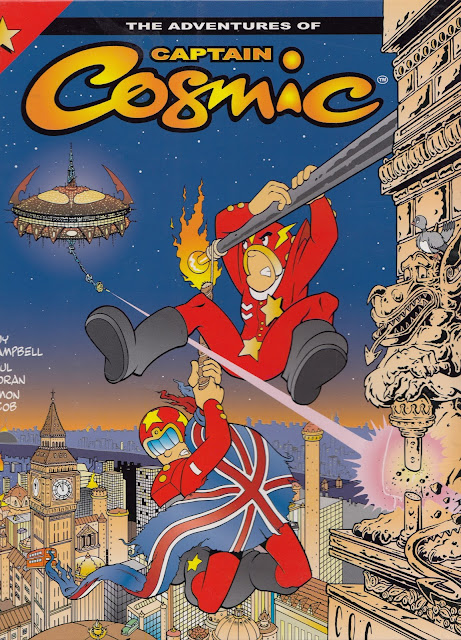