Famous men of today - from Eagle

'Famous men of today' was something that was only available to members of the Eagle club and is thus a piece of Eagle ephemera not that familiar even to Eagle collectors. This image is certainly the first time I've seen it 'in the flesh' as it were. 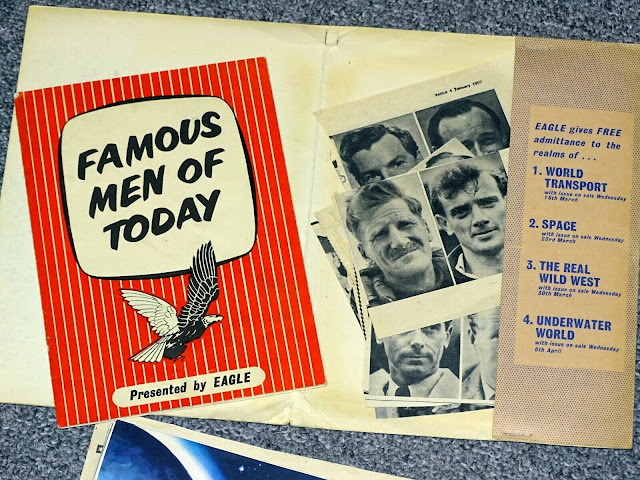 I'm indebted to David Gould's article on his home-made version of 'Famous men of today' published in Eagle Times volume 18, issue 2 (Summer 2005) for the background to this interesting piece of ephemera.
David notes that the pictures of the famous men were printed (in pairs) from 12th October 1956 to 29th March 1957 - with the booklet having originally been advertised in the issue dated 14th September 1956 (volume 7, issue 37) - cover below.
I don't have the issue to hand so I can't show the 'super club offer on page 7' but David copied the image from that issue to make his home-made version of the booklet. 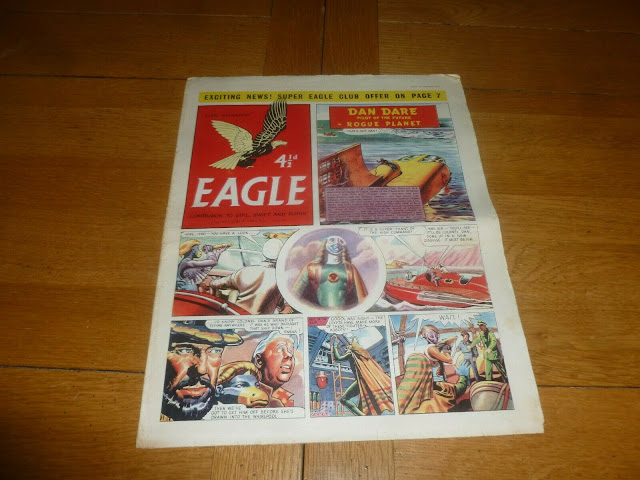 The images of the famous (as can be seen in the first image, above) were printed in pairs - for 24 weeks - but none of the images had names of the men attached to them! Presumably they were felt to be so famous that there was no point in printing their names. Seemed like a good idea at the time but looking back at the images now would be a good deal more challenging.
Here's the inside front page of the booklet... 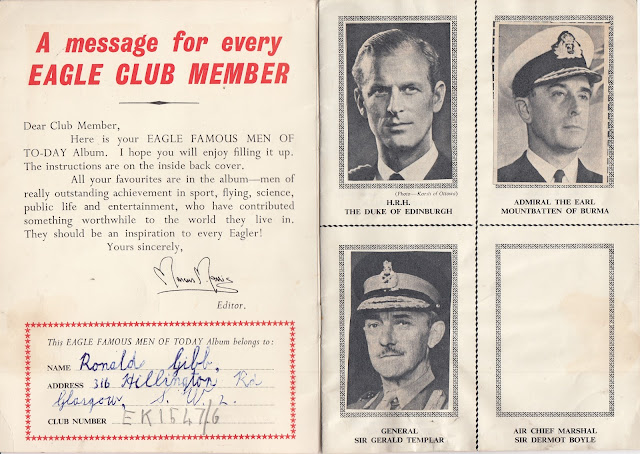 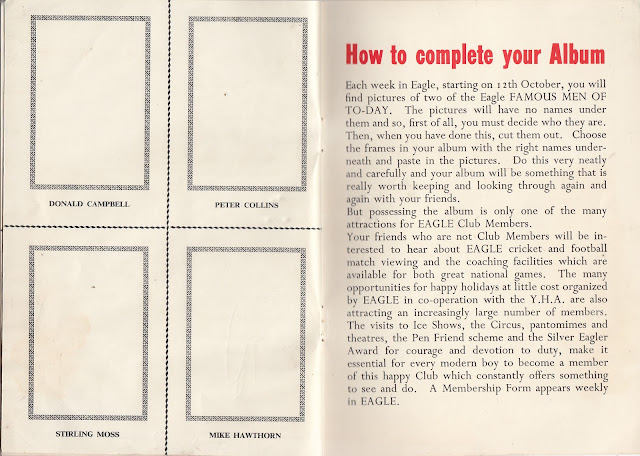