For those who aren't aware Swift was a companion title to the original Eagle - it was a 'feeder' title if you will - and in fact it eventually merged with Eagle. Launched on 20th March 1954 it ran until 2nd March 1963

All images taken from this eBay listing. I'd heard of these but not seen them before - unfortunately, I can't even tell you how many 'issues' of the Swift birthday book there were. So I swiped these from the seller and if I ever find out any more I'll add it in... 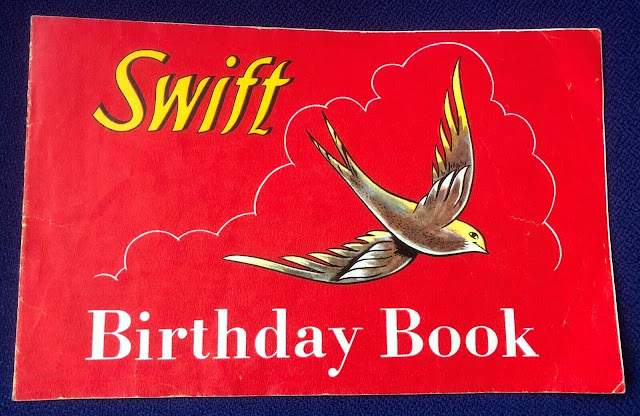 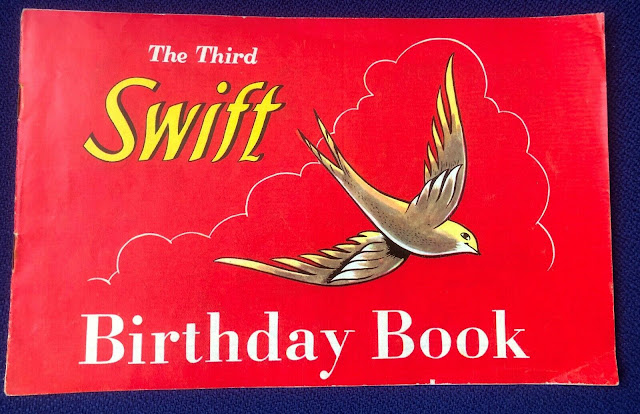 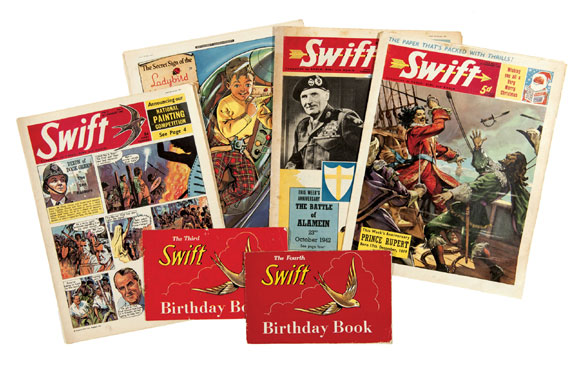 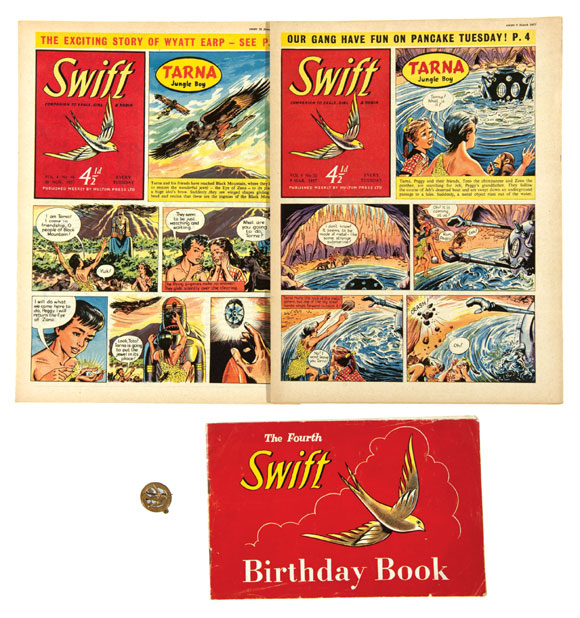 And then I thought I'd stay on the Compal website and look at what other interesting Swift items they might ever have sold... 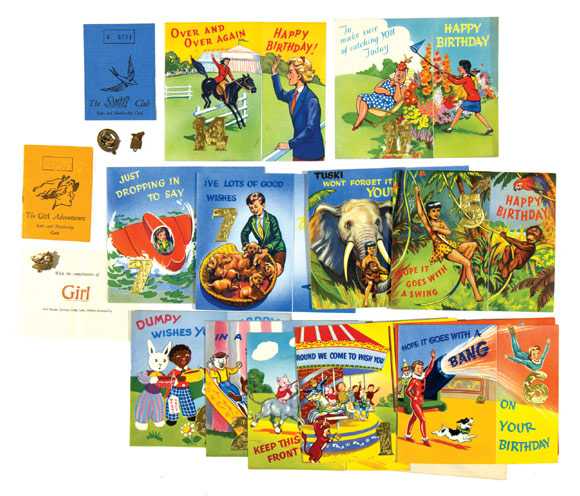 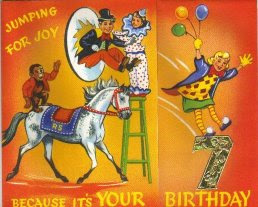 And a Tarna the jungle boy birthday card 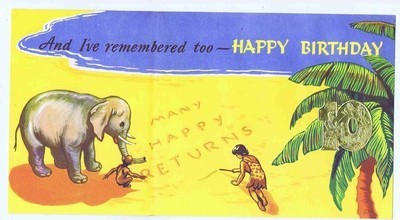 There are some Swift comic free gifts shown here

Swift jigsaws
There were a LOT of Dan Dare / Eagle pieces of merchandise, especially jigsaws so I figured there must be some Swift jigsaws out there - here's the only one I've found so far... 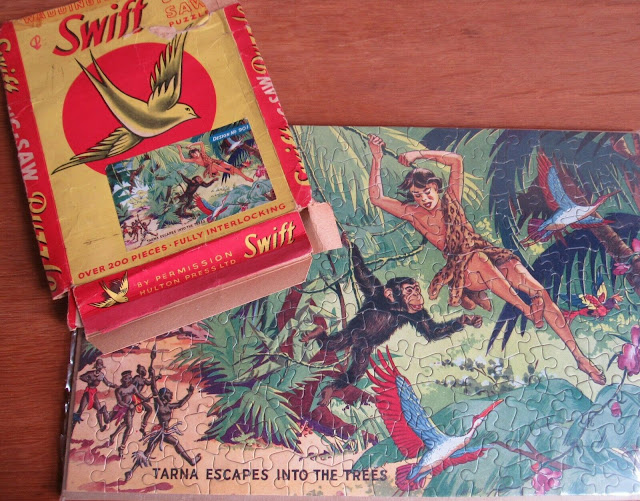 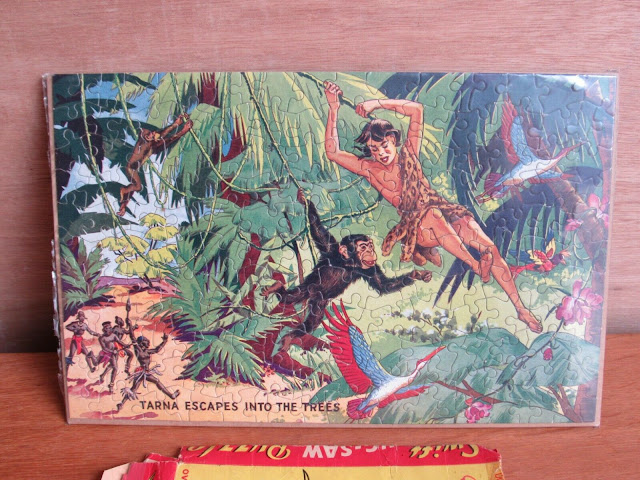 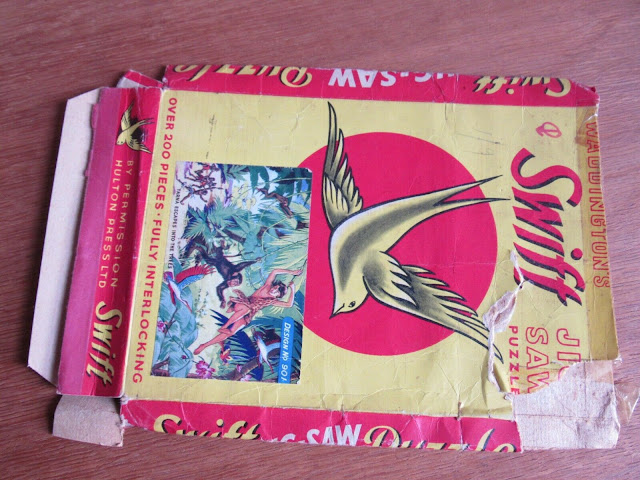