Comics For The Apocalypse podcast

Listening to the Awesome Comics podcast (available here) I heard about a new comics podcast, Comics For The Apocalypse (available here), so I tuned in and loved the show, so I thought I'd get in touch with host Samuel George London and ask him all about it...

Hi Samuel, so what's the concept behind your new podcast?
On my new podcast, Comics For The Apocalypse, I interview interesting guests about what comics they'd take into the apocalypse. It's basically Desert Island Discs but for comics. 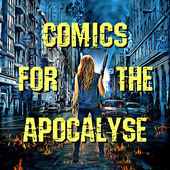 Surely you're too busy creating comics, running Kickstarters to do a weekly podcast AS WELL, what inspired you to do this?
Last year was my first year creating comics and really getting involved in the comics community, and after a really fun year I wondered what else I could contribute to comics apart from making comics and thought, maybe I could do a podcast. However, I wanted to make it different and an actor called Brett Goldstein (Superbob) started a podcast called Films To Be Buried With. Where he interviews guests about what films they'd like to be buried with. It's a great podcast and I thought at the start of the year wouldn't that be cool to have for comics, and I took upon myself to create it.

So, a new episode every Monday - who have you had on so far and who would you REALLY like to have on as a guest?
Of the episodes that have gone live, I've interviewed Sarah Millman of NPC Tea, Dan Butcher of Vanguard and the next episode is with Aaron Rackley of Little Heroes. I'd really like to interview Mark Millar, Robert Kirkman and Jen Bartel. 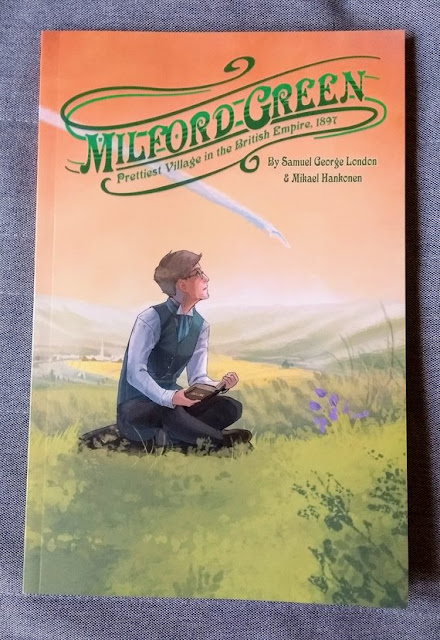 So, for anyone who hasn't read Milford Green (picture above) - what can you tell them about it? And, more important, where can they get it?
Milford Green is a Kickstarter-funded comic I made last year that centres around a socially awkward Victorian inventor called Aklfie Fairfield who lives in an ordinary English village in 1897. That is until one Summer's evening, Alfie sees some kind of flying vehicle shoot across the sky and crash land into a field. Being a curious fellow who is interested in any type of machinery, he investigates to find out that we are not alone in this universe. You could describe it as Victorians vs aliens but in the next instalment, Beyond Milford Green, it's more Victorians working with Aliens. People can find out more on the publisher website, Signal Comics (here)

What can you tell us about your new Kickstarter campaign?
Beyond Milford Green immediately follows on from Milford Green with Alfie and his next door neighbour, Mary, heading to the United Galactic Alliance in a spaceship. When they arrive, the president of the U.G.A. asks them to go on a peace negotiation mission with the Cinux, which will decide the fate of the galaxy. Will there be peace… or war?


The Kickstarter runs through February but began yesterday and folks can take a look by following this link... www.SignalComics.com/Beyond 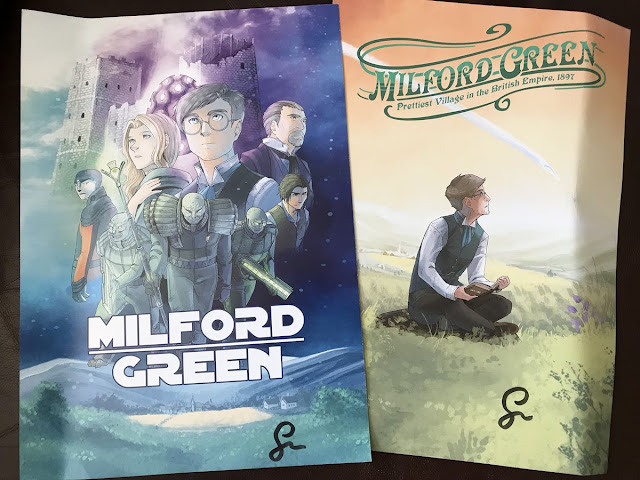 How long does it take you to write an issue of Milford Green?
It varies. The first instalment was 40 pages and my first comic, which took about 3 months. This second instalment is 60 pages and I worked with an editor to improve my level of writing. All in all that took about 3 onths as well, so maybe I'm getting a bit faster per page. Before beginning a scrips I always try to have an outline using an 8 point story arc, which prevents as many stumbling blocks during the process as possible but I think it varies from script to script and what else is happening in my life at the time as well.


What do you like to do away from comics?
Apart from comics I like to exercise, usually strength training stuff as well as yoga. Pub walks are always a winner too. Finally, I'm a big cinema-goer and usually go once a week. 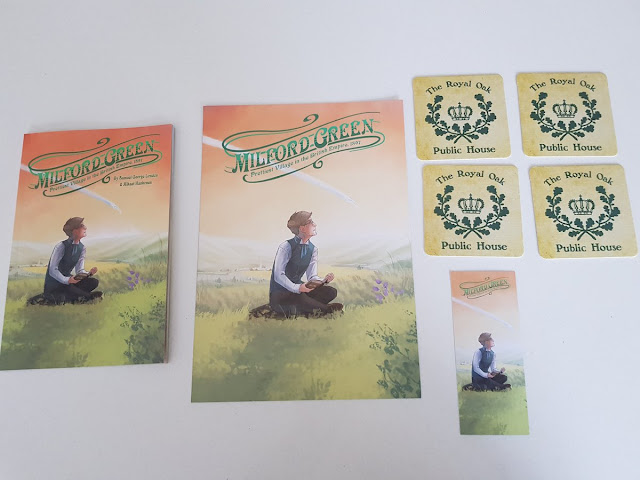 There were beermats for the last Kickstarter - Best. Reward. Ever.

What comics are you reading at the moment?
I read The Walking Dead, which got me into comics in the first place a few years ago, on top of everything that Robert Kirkman writes. I also read everything by Mark Millar. Finally, at the moment I'm enjoying Blackbird by Jen Bartel and Sam Humphris, as well as Redneck by Donny Cates and Lisandro Estherren.


Who would you get to ask about your Apocalypse comics and why?
This is pie in the sky thinking but I'd love Jonathan Ross to interview me about my choices for Comics For The Apocalypse