I first met Steve MacManus when he was signing copies of his memoir 'The Mighty One' at Orbital Comics (see pictures below). 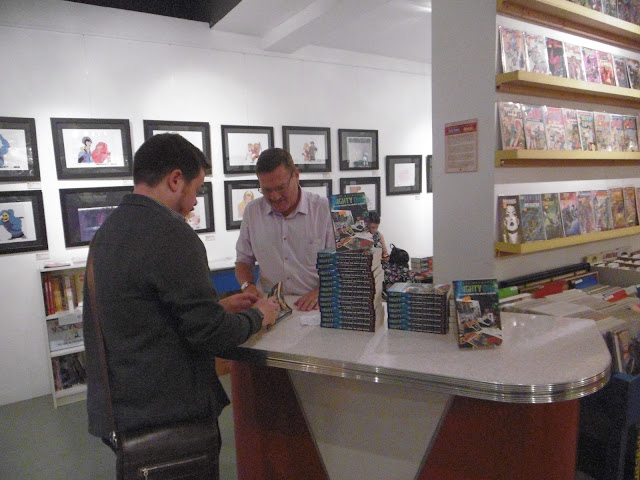 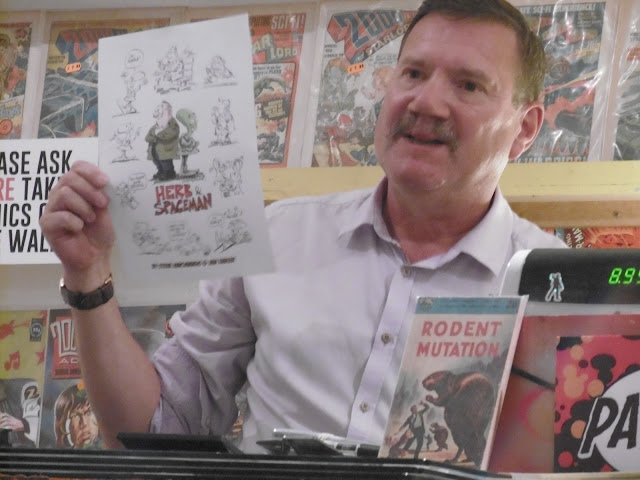 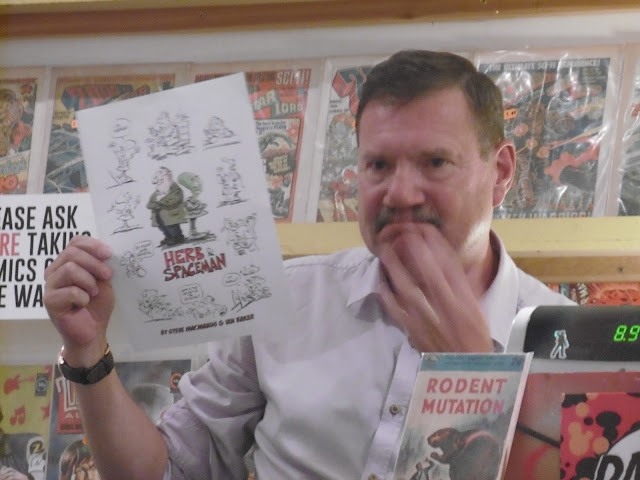 
I spotted recently that Steve had had another volume of his memoirs published (here) c/o Amazon, so I off I hurried to purchase this volume... 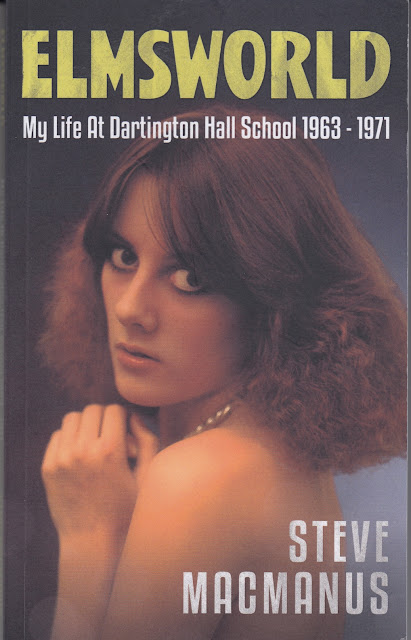 I caught up with Steve recently and asked him about the book...

RS - For those who haven't read this book can you describe what the book is about?

SM - Elmsworld is about my time at a progressive boarding school in Devon.  I was there from the age of ten in 1963 and I left halfway through my A-levels in 1971. The back cover blurb probably describes my time there best. "Take a trip back to the 1960s in this nostalgia-filled memoir for the Easy Rider generation. You are the new arrival Dartington Hall School, joining a co-ed tribe that has no uniform, no rules and no time for any item of clothing made of suedette! And through it all will be the drumbeat of the music of the time, from The Beatles to Canned Heat, from Joan Baez to Janis Joplin. Groovissimo!”

RS - What inspired you to write about Elmsworld?
SM - I'd really enjoyed writing The Mighty One about my time in British comics editorial, so I toyed with the idea of writing a prequel. My mind was made up when I discovered there was a Facebook group for former pupils like myself — it had eight hundred members and I was sure some of them would be interested to share in the nostalgia — for the price of a couple of pints!

RS - Two books in relatively quick succession - Any plans for volume 3 of your life story? Or maybe some fiction?
SM - Definitely. I am writing a novel which I hope to publish later in 2019. They say one should write about what you know, so you won’t be hard-pressed to guess the subject matter…!

RS - Would you / did you send (your) children to either Elmsworld itself, or its modern equivalent?
SM - Put it this way, if I was ten again, and the school was still operating, which it isn’t, I would certainly send myself there. The school’s founders, Dorothy and Leonard Elmhirst, described it as, "a place for adventure”and I think that’s a great starting point for any educational establishment. (Now you get the title!)

RS - Do you think your life would have gone down a different path if you'd stayed at school in London
SM - Without a doubt. I would have had an amazing career as a professional footballer and doubtless captained my country in the 1978 world cup finals.

RS - Can you explain who the woman on the front cover is?


SM - The cover photograph is by Steven Cook, who I knew from working with on 2000 AD and other titles. He has an amazing website showing his photographic work over time. https://www.steven-cook.com/Alternity.
I was perusing his site, looking for an image that would be symbolic of all the girls I knew at Dartington, and Steve's photograph of Susan was perfect. Apparently, she was an early girlfriend of his.

Thanks for your time Steve.

For collectors of all things Steve related don't forget that as well as the usual paperback edition (now up to its second printing) there was also a limited edition (200 copies only) hardback edition of his 'The Mighty One - my life inside the nerve centre'. 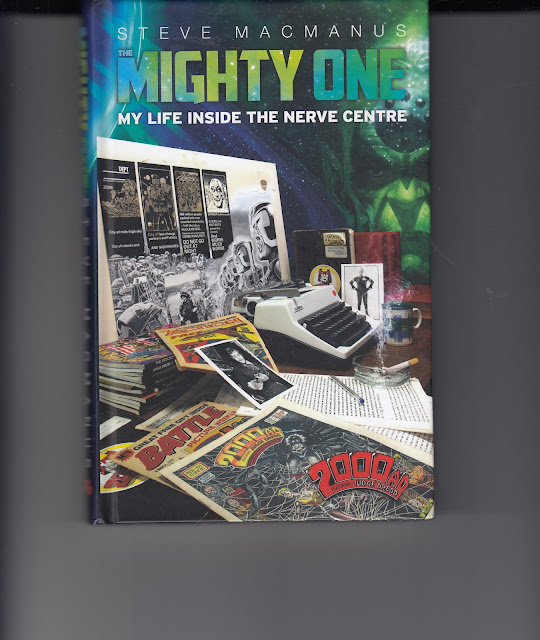