Is this Britain's geekiest high street...part 1

Heading off on holiday to the Isle of Wight soon and I'm hoping that my contender for Britain's geekiest high street is still as coola s ever...

For anyone going to the Isle of Wight don't just stay in Cowes, make sure you take the time to get to Ryde and walk up Union Street - my contender for Britain's geekiest high street.

Walking up from the beach you quickly get to #8 Union Street, the home of Fantastic Store. Featuring a mixture of new comics and reasonably priced 2nd hand British comics classics (see picture below) this shop is well worth visiting. 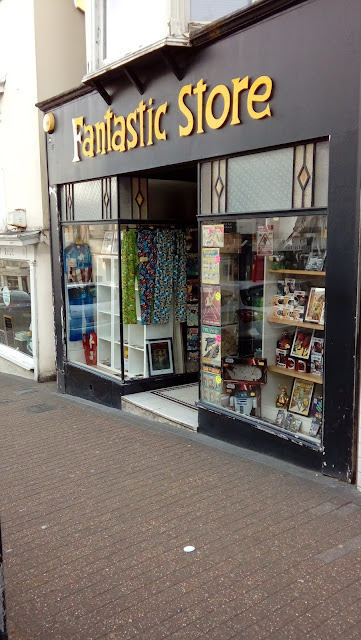 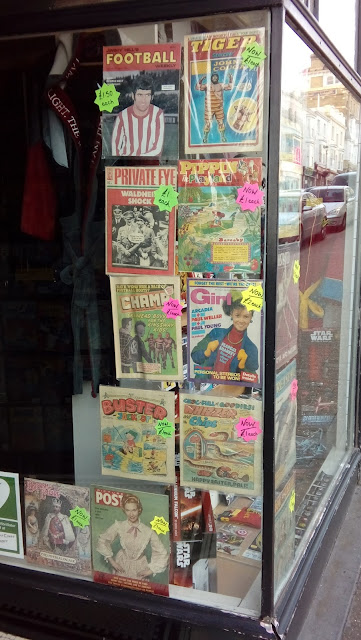 Crossing over the road you then carry on up Union Street until you get to the Royal Victoria Arcade (#54-#76 Union Street) inside which is 'Pick 'n' Bricks (here) containing a great mixture of British annuals, comics, toys , Lego and a whole mixture of toys. Check for opening times. 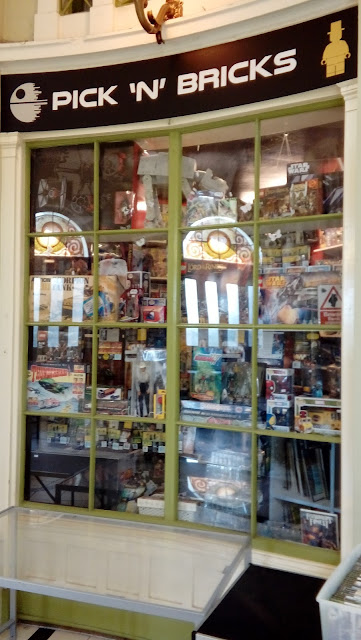 Carrying on up Union Street the street segues into High Street and at 44 High Street you'll find Who One (here) - they describe themselves thus...Who One has been a leading Doctor Who specialist since 1989. Originally trading as Burtons from St Leonards on Sea the business was incorporated in 2005 and initially moved to Battlesbridge in Essex before settling into our new shop in Ryde on the Isle of Wight in May 2008. We have always focused on the Doctor Who classic series books and believe we hold the largest stock of these out of print books. We also stock the full range of new series Doctor Who books, Torchwood books and Sarah Jane Smith books. As well as Doctor Who CDs, Doctor Who DVDs and a variety of current Doctor Who Memorabilia including Figures, Toys & Gifts. Our specialist Doctor Who Collectors section contains hard to find items including Doctor Who books, magazines, VHS videos and memorabilia produced since 1963. 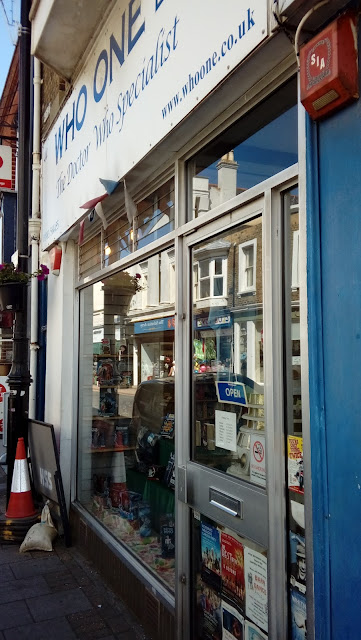 So three great shops so far. but there's a cracker to come - come back tomorrow to find out more...

Email ThisBlogThis!Share to TwitterShare to FacebookShare to Pinterest
Labels: Ryde