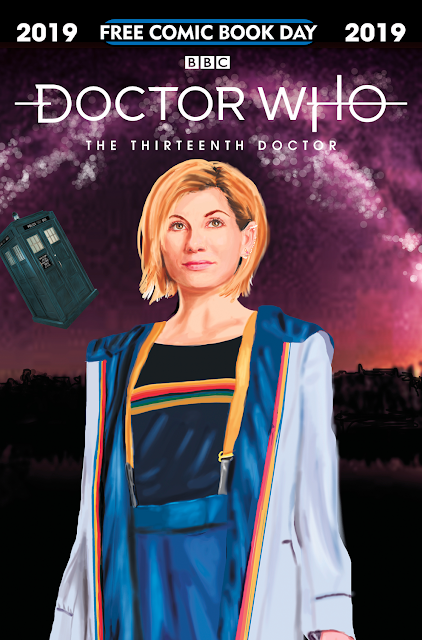 As it says here...
As part of our celebrations for Free Comic Book Day, Forbidden Planet are delighted to announce a special TITAN COMICS signing, with Jessica Martin and Simon Furman, taking place at our London Megastore from 3 - 4pm on Saturday 4th May!

Jessica Martin has had a glittering career in theatre, comedy, television and radio. She’s been a teenage jazz singer, a cult Doctor Who guest star, a West End musical theatre actress and has become a comic creator and published graphic novelist. Jessica will be signing our EXCLUSIVE cover of the FCBD title Doctor Who: The Thirteenth Doctor.

We will also have the normal cover available to be signed. 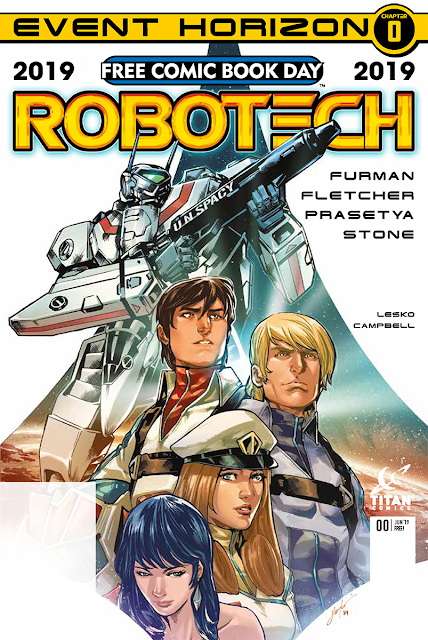 Simon Furman writes comics and TV animation, and is best known for his work on Transformers. He’s written (literally) hundreds of titles for the ‘robots in disguise’ for Marvel, in both the UK and US, for Dreamave and for IDW Publishing. He’s also written Doctor Who, Dragon’s Claws, Death’s Head, Alpha Flight, Turok, She-Hulk, and What If? His television titles include Beast Wars and Dan Dare. Simon oversees the editorial content of Titan Books’ Transformers titles and ‘Comics Creators’ series. He will be signing the FCBD title RoboTech.
Posted by Richard Sheaf at 06:00